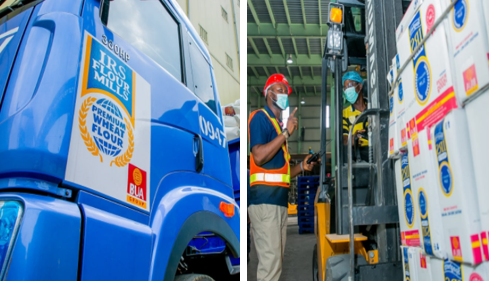 The new kid on the block BUA Foods Plc is poised to deliver higher returns to shareholders as the consumer goods giant recorded strong profit growth even amid supply chain bottlenecks, inflationary pressures and decrepit infrastructure.

The company that listed on the exchange in the first week of January to become the most capitalized consumer goods firm in the country saw net income surge by 99.47 percent to N75.17 billion in December 2021 from N37.70 billion as at December 2020.

Analysts attribute the strong growth in earnings to an excellent marketing and distribution strategy, diversified product base and the acceptance of the company’s products among consumers across the country.

The company is able to effectively manage costs attributable to projects as gross profit was up 59.07 percent to N103.25 billion in December 2021 from N64.91 billion as at December 2020.

It is worthy to note that investors who have not bought BUA Cement’s stocks will be missing out on a bumper dividend the consumer goods giant will be paying out of distributable profit to shareholders.

“BUA is the only sugar refiner to have refining capabilities outside Lagos, Nigeria. In response to Nigeria’s backward integration policy in the Sugar Industry, BUA Group acquired the Lafiagi Sugar Company (LASUCO) in Kwara state in 2008 and established the Bassa Sugar Company in Kogi State,” said analysts at CSL Stock Brokers in a note to clients.