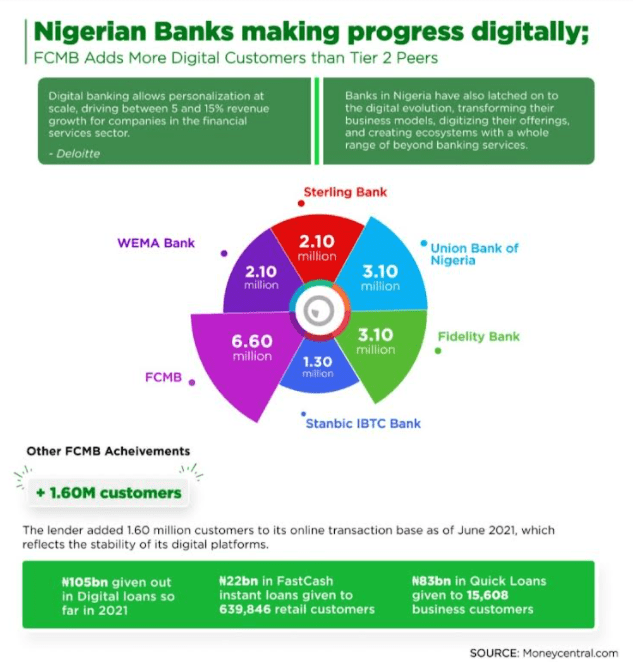 It must be noted that the lender added 1.60 million customers to its online transaction as at June 2021, which reflects stability of its digital platform.

It said Mobile, cards and alternate channels payments are driving the strong retail digital revenues and will continue to see traction.

“We see a lot of market opportunities from our Merchant Solutions and Web Payments, as we replicate the retail side’s success to our small and medium enterprise (SME), commercial and corporate customers,” said the lender.

Growth trajectory in SME due to the automation of the SME lending platform.

Nigeria, Africa’s largest economy, is not left out of the acceleration in digital transactions as financial technology firms are leading the charge o a new frontier.

Between 2014 and 2019, Nigeria’s bustling fintech scene raised more than $600 million in funding, attracting 25 percent ($122 million) of the $491.6 million raised by African tech startups in 2019 alone—second only to Kenya, which attracted $149 million, according to global research body, Mckinsey and Company.