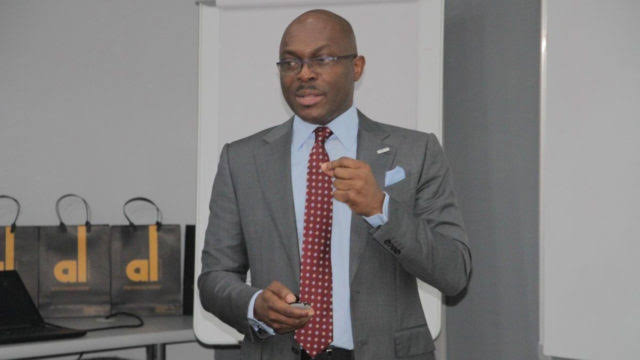 FMDQ Group, Nigeria’s leading market for fixed income securities and forex, and operators of FMDQOTC has reached an agreement to acquire over 20% of CSCS. The value of the transaction is currently undisclosed.

According to sources with knowledge of the transaction, the FMDQ Group will buyout shares owned by Leadway Insurance and from Artemis Ltd a vehicle owned by Verod Capital. The two entities own 16.6% and 5% respectively delivering a combined 21.6% ownership of CSCS.

The deal is subject to the approval of the Security & Exchange Commission and the Federal Competition and Consumer Protection Commission (FCCPC). Moneycentral  understands the transaction is being viewed positively by regulators as it is expected to deepen capital market operations and enhance competition amongst exchanges, with both outcomes viewed as good for consumers and businesses.

Shareholders and Investors in CSCS are likely to view the deal as a positive development for the capital market considering the experience and pedigree of a shareholder like FMDQ.

FMDQ acquisition of major shares in CSCS provides the latter with a strong shareholder with enough experience, capacity, and capital to help drive growth in an increasingly changing capital market that requires significant investment in technology and manpower.

Having the FMDQ on board also supports CSCS drive to increase revenues from its core depository, clearing, and settlement business as well as provide it with the right partner in its quest to seek new growth opportunities especially on the enterprise front. CSCS makes most of its money from transaction fees and its depository business.

Some market participants disclosed that the deal could expand the revenue base of the CSCS, leveraging on FDMQ economies of scale to secure lucrative deals that will provide improved shareholder returns. CSCS has often relied on its investment income to shore up revenue especially when there is a prolonged bearish stock market where demand for equities falls.

FMDQ is already one of Africa’s leading Africa’s financial market infrastructure groups with ownership in a host of companies offering services that are vertically integrated into the financial market system. This deal appears to align with the company’s core vision and could propel CSCS as one of the leading clearing, depository, clearing, and settlement companies in Africa.

This is yet another deal that will excite investors in a Nigerian capital market that has seen a flurry of corporate transactions being announced in the last quarter of 2021. Shares of CSCS currently trade on the NASDOTC and have gained over 183% in the last year and could surge as is typical with deals like this.

Deals like this are a welcome development, especially where the investors are experienced with skin in the game. FMDQ also has deep pockets with over N329 billion in balance sheet size including N27 billion in cash. At the current share price of N17 per share, the deal cost FMDQ over N17 billion without adding an off-market premium which is typically associated with such deals, CSCS market valuation is over N85 billion.

CSCS an abbreviation for Central Security and Clearing System and is a leading clearing house for capital market operations in Africa’s largest economy. Central Securities Depository (CSD) licensed to carry on the depository, clearing, and settlement of all transactions in the Nigerian Capital Market.

FMDQ Group reported revenue of N31 billion in 2020 representing a 44% increase from the N21.46 billion reported in 2019. According to the company, the increase in revenue was largely driven by the intensified product and market development activities of FMDQ Group’s “gateway” subsidiary, FMDQ Exchange, and the post-trade services rendered by the Group’s clearing house subsidiary, FMDQ Clear.