There are 21m Jobless Nigerians as Unemployment rate Jumps to 27% 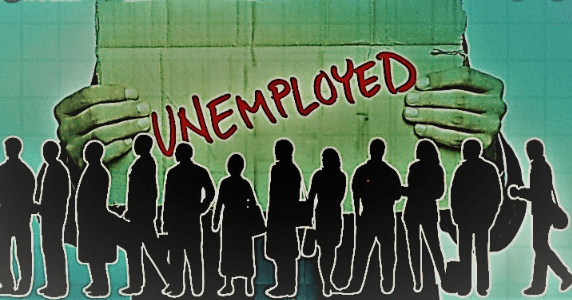 The number of jobless people in Nigeria, Africa’s largest economy increased to 21 million in the second quarter of 2020, as the unemployment rate jumped to 27 percent, the National Bureau of Statistics (NBS) said this morning in a report.

At a record-high of 27.1 percent in Q2 2020, Nigeria’s unemployment rate has risen for 23 consecutive quarters since Q4 2014, data from the NBS labor force statistics released on Friday show.

Exacerbated by the outbreak of COVID-19, the Q2 2020 unemployment rate is 4 percentage points higher than the 23.1 percent reported in the last NBS labour statistics that was published in Q3 2018 and 19.7 percentage points more than 7.4 percent recorded in Q2 2014.

Considered by economists as an important economic and social indicator used in the analysis, evaluation, and monitoring of the economy; the labor market; and a wide range of government policies, Nigeria’s current unemployment data shows that indeed the country needs urgent reforms.

In the last five years, the Nigerian economy has been growing at a pace slower than the country’s population growth rate and with more jobless population amid poor economic growth.

Imo State reported the highest rate of unemployment with 48.7 percent.
the lowest rate was Anambra in the South-East with 13.1 percent.