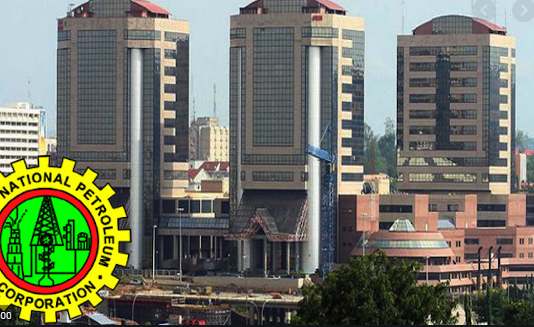 The inability of the Nigerian National Petroleum Company Limited (NNPC) to carry out its statutory obligations to the federation continued for the fifth month in May, with the firm now recording a N704 billion deficit for the year thus far.

In its latest monthly presentation to the Federation Account Allocation Committee (FAAC), the national oil company also disclosed that it deducted another N327.07 billion as shortfall in the month under review.

With a projected N1.473 trillion payment to the federation for the entire year and a monthly remittance of N122.767 billion, the implication is that the  federal, state and local governments may continue to have cash shortages for a while since the payments constitute a major revenue source.

Last month, the NNPC stated that it would deduct a record N874.5 billion when the FAAC met this June, but the latest data shows that the entire revenue of the firm for the month was not even enough to net off such a huge sum. Part of the amount has now been deferred till next month.

The N874.5 billion the NNPC said it intended to net off this month is far higher than its contribution to the joint account of N656.6 billion shared by the entire federal government and the sub-nationals in May.

In January, February and March 2022, petrol subsidy gulped 210.38 billion, N219.78 billion, and N245.77 billion, respectively while in April, the country spent N271 billion. These deductions are expected to continue throughout the year.

With skyrocketing international oil prices, domestic fuel prices have also increased since Nigeria does not refine a drop of all the products it consumes. This has increased the subsidy burden.

Recently, President Muhammadu Buhari got the National Assembly to approve  N4 trillion for subsidies in 2022, up from the N400 billion initially projected for the purpose.

With the current deductions, NNPC has expended N1.27 trillion on petrol subsidy in the last five months—about 31 per cent of the N4 trillion provision for the year, a “the cable” news report stated.

According to the report, NNPC said it would recover the sum of N845.15 billion as a value shortfall from June 2022 proceed billed for sharing in July.

However, for the month, the NNPC declared a gross revenue of N470.61 billion, the highest  for the year so far, although it projected a monthly revenue of N414.9 billion and N4.98 trillion annually.

The report further showed that the company posted a total of N1.89 trillion as gross revenue in the last five months.

Last week, President Muhammadu Buhari shut down calls for the removal of petrol subsidy, querying why the West should be demanding that Nigeria withdraws the payment of under-recovery, while those nations continue to support their citizens with same to ameliorate the current economic hardship.

“Why would we remove ours now? What is good for the goose is good for the gander! What our western allies are learning the hard way is what looks good on paper, and the human consequences are two different things,” he had said.

“My government set in motion plans to remove the subsidy late last year. After further consultation with stakeholders, and as events unfolded this year, such a move became increasingly untenable,” he told Bloomberg news.

The current administration recently deferred the implementation of the full removal of subsidy by 18 months, effectively pushing it to the next government which begins in May next year.