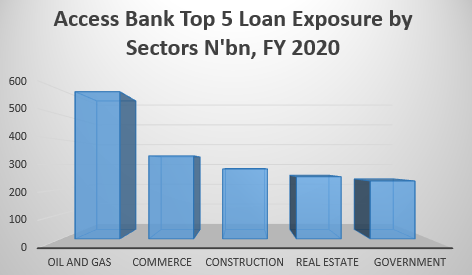 The acquisition involved the Bank acquiring the 99.98 percent issued share capital of Transnational Bank in exchange for cash consideration of N5.517 billion.

Transnational Bank of Kenya is rated as a Tier-4 lender and has 28 branches in the country.

In fulfilment of the consideration for the acquisition, Transnational Bank’s shareholders received a total cash consideration offer of N5,634,410,000 comprising of:

(ii) a deferred payment of N1,408,602,500 (one billion, four hundred and eight million six hundred and two thousand, five hundred naira) to be made to shareholders at the expiration of 2 years.

For the purpose of the goodwill computation, Access Bank said this deferred consideration has been carried at its present value of N1,291,620, 470 using a discount rate of 4.24 percent.

This discount rate was estimated using a financial instrument close to cash in liquidity and the country risk premium for Kenya. The goodwill computation was provisional at the time of this report.

Total Assets
Transnational Bank Kenya had total assets of KES9.7 billion which is equivalent to $90 million (N34 billion) as at the end of the first quarter (Q1) of 2020.

Net Loans and advances to customers (the largest component of total assets) was KES5.6 billion as at Q1, or $51 million (N20.1 billion).

Liabilities
Total liabilities for the Kenyan lender came in at KES7.889 billion which is equivalent to $73.1 million (N28.3 billion).

Customer deposits which formed the major component of liabilities came in at KES7.3 billion or $67.7 million (N26.2 billion).

The trend continued into the first quarter (Q1) of 2020 for the Kenyan lender, as it reported a loss after tax position of –KES 2.463 million.

Access Bank reported that after-tax profits rose by 12.7 percent to N106 billion as at Full Year 2020.

Gross revenues rose some 14.69 percent to N764.72 billion, largely due to higher fee income and net gains on financial instruments.

Insider loans and advances was also elevated at KES 867.2 million, equivalent to 15.4 percent of the banks net loan book of KES 5.6 billion.