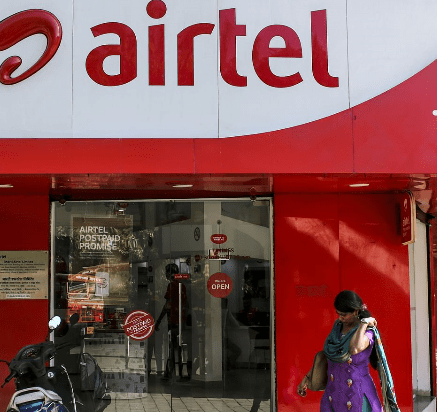 Airtel Africa Plc is making enough money from its ongoing operations to pay for its various costs as an uptick in revenue added impetus to operating profit even amid the coronavirus pandemic induced economic paralysis.

Earnings Before Interesting, Taxation, Depreciation, and Amortization (EBITDA) followed the same growth trajectory as it increased by 14.60 percent to $375 million as against $348 million the previous year.

The underlying EBITDA growth was driven by revenue growth of 13 percent and efficiency in operating expenses.

Customer base was up by 11.8 percent to 111.5 million and average revenue per user (ARPU) rose by 1.6 percent in constant currency.

The company also witnessed growth across all regions: Nigeria up 17.1 percent, East Africa up 17.5 percent and Francophone Africa up 2.2 percent.

Analysts had anticipated decent numbers from the telecom companies despite the challenges in the operating environment.

This is because revenue received boost from surge in data usage considering the restrictive measures put in place to curb the spread of the virus that forced people migrate to online transactions.

Analysts at CSL Stockbroker Limited believe the stronger growth in internet subscription is reflective of the nation’s favourable demographic characterized by a larger youthful population.

“The growing use of digital channels for entertainment and social engagement and the continued investment made by industry players in improving internet infrastructure to accelerate 4G coverage across the country,” said the analysts.

Airtel Nigeria can pay its operating costs and still have a decent amount of revenue left over. EBITDA margins increased to 44.16 percent in June 2020 from 43.71 percent the previous year.

“During last quarter our business was impacted by the Covid-19 pandemic, as restrictions on movements of people and ways of socialising were introduced to contain the spread of infection,” said Raghunath Mandava, chief executive officer of Airtel Africa.

“In these unprecedented times, we have worked with governments, regulators, partners, and suppliers to keep customers and businesses connected as well as supporting the economies and communities,” said Mandava.

According to a recent data on active voice and internet subscription for Q1 2020 published by the National Bureau of Statistics (NBS), Airtel Africa has a market share of 27.10 percent of a population of 200 million people;an uptick from 26.50 percent in the fourth quarter of (Q4) 2019.