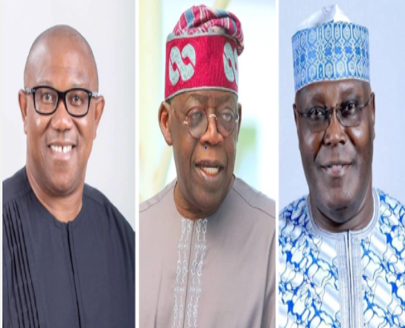 A new poll commissioned by the Anap Foundation and conducted by NOI Polls Limited, showing the candidate of the Labour Party, Mr Peter Obi leading in the race for the 2023 Presidential election is flawed due to the huge number of undecided voters as well as a lack of weighting assigned to different regions, according to MoneyCentral analysis.

The polls results released by ANAP showed that the total percentage of those who are undecided or refused to participate was 47%, which is more than double the score for the winner of the poll Obi who got 21%.

This makes it statistically impossible to infer anything meaningful from the results.

It means all three candidates combined are below the 50% mark while the undecided votes are statistically too large (equal to all three), to make the results anything but noise at this stage.

Compounding the problem is the fact that those who are undecided or refused to participate in the polls come mainly from the APC and PDP strongholds of the South West (SW), North West (NW) and North East (NE).

Again this had the impact of skewing the poll results.

Another major issue is that there is no weighting given to regions. Historical 2019 actual voting data reviewed by MoneyCentral shows voting populations differ from region to region.

For instance, in 2019 while South East total votes cast was 2.1 million in the North West 8.29 million votes were cast (for the top 5 candidates).

In other words, the NW weighting should be at least 3 to 4 times what was given to SE. Or put differently 3 to 4 actual people living in the NW should have been polled for every 1 person from the SE and this should have been reflected in the results released by ANAP/NOI Polls.

There is however no evidence that this was done as part of the methodology.

In the USA for instance, polling is done with particular weighing given to democrats or republicans in the sample size which roughly corresponds to voter registrations in a particular city or state.

MoneyCentral believes that the ANAP/NOI polls can capture an accurate snapshot of the state of the 2023 Presidential race if the highlighted shortcomings are corrected in subsequent polls.