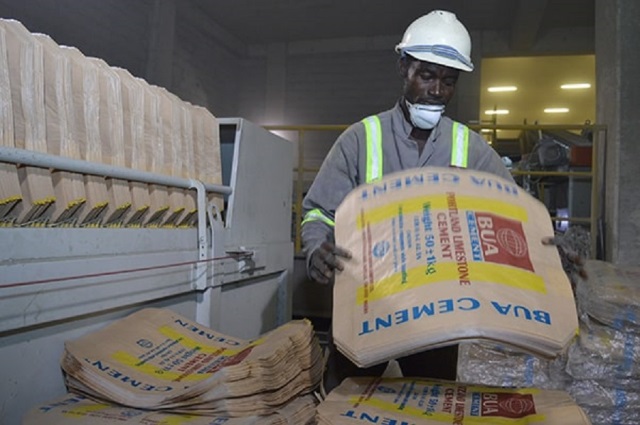 BUA Cement Plc, the second-largest cement producer in Africa’s largest economy that is aggressively expanding operations across the country, has seen net income surge on the back of volume expansion.

The company has been consistently growing earnings since it went public a few years ago  and shareholders have been getting steady dividends, which makes the stock an allure of investors who crave for rich stocks to add to their portfolios.

It is making money from core operations as operating income was up 42.14 percent to N35.35 billion in the period under review from 24.87 billion the previous year.

Analysts at Afrinvest Securities in a recent note to client said that BUA Cement’s strategy for the future is geared toward capturing new markets including exports, harmonizing sales and marketing efforts across its two plants to drive revenue & cost synergies, and shifting the energy mix in favour of cost-effective and greener sources.

BUA, as well as peer rivals such as Dangote Cement, and Lafarge, took advantage of the reopening of the economy and successful rollout of vaccines that added impetus to construction activities to magnify their top lines (sales).

The prognosis for the sector is propitious as government infrastructure spending and housing demand are expected to accelerate the demand for cement and other building materials.

Nigeria’s construction market is due to increase 3.2% annually between 2022 and 2025, supported by state investment in the infrastructure and energy sector, according to economic analysis by GlobalData.

To oversee infrastructure investment, the government has created Infra-Co, a $2.7bn fund backed by the central bank, the Nigerian Sovereign Investment Authority and the Africa Finance Corporation.

It is important to note that the cement maker has the financial strength to cover its short-term obligations using only cash and cash equivalents; which also means it can settle its creditors as the cash ratio stood at 1.10 as at June 2022.

Interestingly, the company is spending less on input cost to produce each unit of product even amid inflationary pressures and foreign currency volatility undermining business in Nigeria.

Cost of sales ratio reduced to 53.19 percent in June 2022 from 54.04 percent the previous year, according to MoneyCentral calculations.

Analysts at Afrinvest are optimistic that the installation of a 50MW gas-powered plant and the introduction of Liquefied Natural Gas (LNG) into the firm’s fuel mix in the Sokoto plant in 2021 which will reduce Low Pour Fuel Oil (LPFO) and coal dependency.

“This should optimize energy expenditure (32.9% of total expenses in 2021) in the long run,” said analysts at Afrinvest.

“We see potentials for the energy substitution and production capacity expansion to thin fixed cost per unit, which should depress cost-to-sales to 51.0% in 2022 from 53.0%. A downside to the forecast for cost margin,” said the analysts.

However, there are concerns that rising energy prices due to the geopolitical risks stemming from Eastern Europe expose sector players to higher energy costs.

But BUA’s management is nimble and proactive as it plans to diversify energy sources by integrating solar energy on a limited scale up to 10MW in 2023.