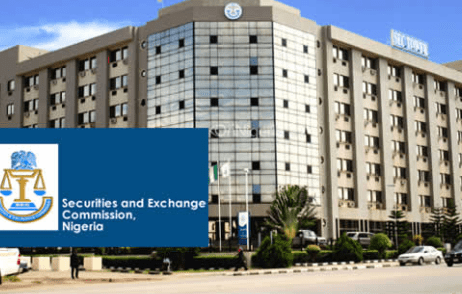 Speaking during the NGX CEO Roundtable, held today many participants said regulators were stifling the growth of the capital markets.

“The time to market for raising equity capital is too long,” said Funso Akere, the Chief Executive of Stanbic IBTC Capital.

Akere added that technology has a role to play in improving time to market. “Capital market operators (CMO) need to introduce innovation while the cap on fees by regulators on what CMOs charge needs to be eliminated,” Akere said.

“We worked with a regulator to bring down the time for debt transactions from 2 months to 20 days. For the past 3months, the regulator has not yet agreed for us to release this information into the market. This means regulators are a major factor for delayed transactions.”

Chioke added that he wants regulators to remove the fee cap for advisors on bringing IPOs to market.

Asue Ighodalo, founding partner of the law firm of Banwo-and-Ighodalo that specializes in corporate and commercial, said regulators are slowing down transactions for the most part and time to market for transactions need to be collapsed to not more than 4 – 6 weeks.

“The fees charged by regulators are an issue. An issuer recently paid over N2 billion to regulators for a recent issue that was brought to market. FCCPC was paid N385 million, SEC was paid N289 million, CSCS paid N339 million, NGX paid over N400 million as fees, thats preposterous,” Ighodalo said.

Bond transactions by Dealing Members will attract a single regulatory fee of 0.0001% of the total value of the secondary market transactions on Bonds, and are exempt from the 0.025% fee charge earlier stated.

In comparison the U.S Securities and Exchange Commission announced that starting on May 14, 2022, the fee rates applicable to most securities transactions will be set at $22.90 per $1 million equivalent to 0.00229%.

“The cost of raising fees on the capital market is discouraging while the taxes to be paid remain high with the expiration of the tax holiday.”

A 10-year tax break on bond investments which expired at the beginning of the year 2022 could push the effective tax rate (ETR) of lenders higher by 2 – 3 percentage points adding to the misery of Nigerian Banks and their shareholders.

Abdulkadir Abbas the Head, Securities and Investment Services, SEC, said the Commission was reviewing a number of issues under its purview relating to growth of the Nigerian capital markets.

“We are reviewing the Investment and Securities Act (ISA), to allow entities to list on our markets that by the current Act are not eligible to list. We are also encouraging digital offerings and innovation like the approved new offer platform by the NGX.”