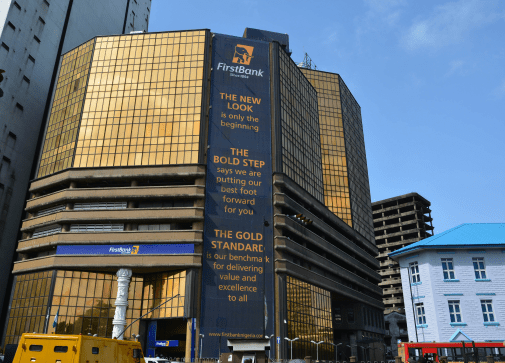 First Bank of Nigeria is exposed to $1.24 billion (N543 billion) of dollar denominated debt, as of September, amid a plunge in the Naira, data seen by MoneyCentral shows.

Credit ratings agency Moody’s recently placed Nigerian banks on review for a round of credit downgrades.

The credit rating agency said its decision to place the long-term ratings of the banks on review for downgrade reflects the risk of increasing foreign currency rationing that could compromise the banks’ operational ability to meet their foreign currency obligations, as well as the risk arising from a potential material depreciation in the country’s foreign exchange rate to the banks’ capitalisation and asset quality.

First Banks dollar debt include: Eurobond, Subordinated debt, Borrowings from correspondence Banks, and loans due to development financial institutions (DFIs), such as the International Finance Corporation.

On average, around 40 per cent of loans extended by Moody’s-rated Nigerian banks as of December 2021 were denominated in foreign currencies, predominantly dollars.

First Bank’s total loans and advances to customers was equivalent to N3.599 trillion as at September 2022, according to data from its third quarter (Q3) financial statement.

Some of these borrowers are vulnerable to a further depreciation of the naira because they do not earn foreign-currency income, and a weaker naira would harm their repayment capacity.

The Naira has depreciated to N730/$, in the parallel market and a huge rate gap of N300/$ now exists in the markets. with the official market rate now at N430/$.

Nigeria’s foreign exchange reserves have declined to $37.52 billion as of October 2022 from $40 billion as of January 2022 despite higher oil prices.

The banks’ relatively high level of dollarisation also constrains the central bank’s capacity to act as a lender of last resort in case of need, according to Moody’s.

Most of the First Bank dollar debt is set to mature by 2025, while it is also exposed through high interest payments ranging from 4.85% to as high as 9.9% per annum due to a link to LIBOR for some loans.

The London Inter-Bank Offered Rate is an interest-rate average calculated from estimates submitted by the leading banks in London. Each bank estimates what it would be charged were it to borrow from other banks. The resulting average rate is usually abbreviated to Libor or LIBOR.

Analysts told MoneyCentral that the Naira’s drop has hurt investor sentiment towards high-risk issuers. This complicates refinancing needs for banks with debt maturity coming due between 2023 and 2025.

US dollar strengthening is another source of worry for First Bank.

The US dollar is on a tear, strengthening around 11% since the start of the year and – for the first time in two decades – reaching and eclipsing parity with the Euro. The euro now fetches a little less than a dollar, down from around $1.17 a year ago.

That means that the steady decline in the value of most Emerging Market (EM) currencies including the Naira, the Nigerian currency, this year as the dollar strengthens will have made First Banks dollar debt even larger.

The bank will need to either buy increasingly expensive dollars on the market to pay the interest on the debt or refinance at much higher interest rates.

“Thus, as the dollar becomes stronger relative to other currencies, these repayments become much more expensive in terms of domestic currency,” said Marcello Estevão, Global Director, Macroeconomics, Trade & Investment at the World Bank.