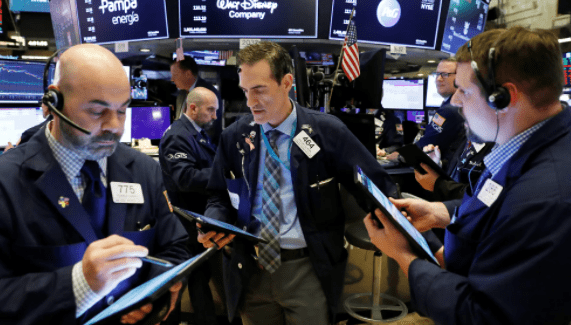 Risk assets are getting pummeled at the end of the week as a new Covid variant sparks fears of new restrictions and lockdowns.

The Dow Jones Industrial Average dropped 800 points, or more than 2%, while the S&P 500 and Nasdaq Composite slid 1.4% and 0.9%, respectively. Friday is a shortened trading day because of the Thanksgiving holiday with U.S. markets closing at 1 p.m. ET.

The United Kingdom temporarily suspended flights from six African countries due to the variant. Israel barred travel to several nations after reporting one case in a traveler. Two cases were identified in Hong Kong. Belgium also confirmed a case.

“When I read that there’s one [case] in Belgium and one in Botswana, we’re going to wake up next week and find one in this country. And I’m not going to recommend anyone buy anything today until we’re sure that isn’t going to happen, and I can’t be sure that it won’t,” CNBC’s Jim Cramer said.

Bond prices rose and yields tumbled amid a flight to safety. The yield on the benchmark U.S. 10-year Treasury note fell 12 basis points to 1.52% (1 basis point equals 0.01%). This was a sharp reversal as yields jumped earlier in the week to above 1.68% at one point. Bond yields move inversely to prices.

The Cboe Volatility Index, often referred to as Wall Street’s “fear gauge,” rose to 28, its highest level in two months.

Analysts say the most worrying thing about the new strain at the moment is how little is known about it, with early indications being that it could be more problematic than delta.

The biggest fear is that it will be resistant to vaccines and be a massive setback for countries that have reaped the benefits from their rollouts.

There is a typical flight to safety in the markets currently with equities, commodity currencies, Bitcoin and oil getting whacked and traditional safe havens like bonds, gold, the yen and Swiss Franc rallying.

Bitcoin is own 8% today which has delivered a fatal blow to its safe-haven credentials.

Pfizer has sought to calm nerves, stating that should a vaccine-escape variant emerge, it could produce a tailor-made vaccine in about 100 days.

Oil is among the assets taking a heavy beating on the variant news today, falling more than 5% as trader’s fret about the impact on restrictions and behaviour this winter.

Crude is back at levels last seen at the start of October.

Gold has pulled a little off its highs after hitting $1,815 earlier in the session but it remains above $1,800 at the time of writing. Analysts say It’s an interesting one for gold and bonds, as the situation now is very different from last year.

Central banks can’t just turn on the taps again with a “whatever it takes” avalanche of cheap cash as they have before. Inflation is a real problem and lockdowns will exacerbate the problem.

In recent weeks, in times of real uncertainty, bitcoin has not done well as an inflation hedge or a safe haven asset.

It’s taking a real beating today, off around 8% and looking vulnerable. Key support around $55,500 has fallen which will now draw attention back to $50,000.

Analysts say if this new variant triggers major risk aversion in the markets, it could come under serious pressure.