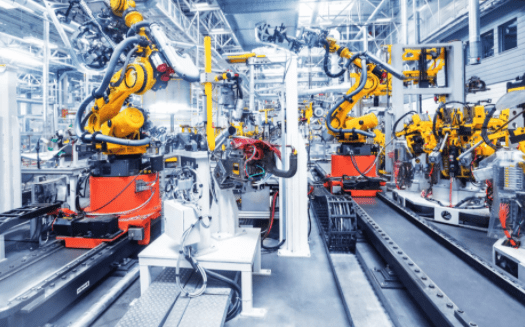 Higher production costs caused by foreign exchange scarcity, the war between Russia and Ukraine, rising borrowing costs, and decrepit infrastructure have dented manufacturers’ stock prices as they are reeling from deteriorating profit margins.

Investors who have been dumping shares of input cost laden firms have a predilection for stocks with expected future cash flow growth, and it appears manufacturers are more susceptible to the current challenging environment.

The NGX Industrial Goods, which tracks the most liquid and capitalised firm, has shed 1.22 percent since the start of the year, while the NGX Consumer Goods index has a negative year to date (YTD) return of -6.89 percent, underperforming the NGXASI index of 1.07 percent.

Manufacturers listed on the exchange incurred N3.42 trillion of costs in the third quarter of 2022, which is 30.28 percent higher than 2021’s N2.63 trillion as at September 2021, according to data gathered by MoneyCentral.

Also, they spent on average N0.87 to produce every N1 of a product, which leaves them with a small profit margin; and there are concerns that firms could cut down on dividend payment to shareholders.

Further analysis of the financial statements shows the combined net income of manufacturers dipped by 5.91 percent to N450.04 billion in September 2022 from N478.35 billion the previous year.

Of course, they are not efficient in translating sales into actual profit as the combined average net profit margin reduced to 7.61 percent in the period under review from 8 percent the previous year.

Manufacturers have been complaining bitterly that the high cost of diesel oil which they use to run factories and offices across the country is hurting them as they are finding it difficult to pass on high input to consumers whose pockets have been squeezed by red-hot inflation and rising utility bills.

Manufacturers spent N67.7 billion on alternative energy sources in the second quarter (H1) 2022, up from N45.0 billion in the same period last year, even as the increase in cost of energy pushed up global inflation, which affected the cost of importation across the world, including Nigeria, according to data from the Manufacturing Association of Nigeria (MAN).

It must be noted that inadequate foreign exchange and energy crisis dipped the manufacturing growth output from 5.8 per cent in the first quarter of 2022 to 3.0 per cent in the second quarter, according to the Manufacturers Association of Nigeria (MAN).

Director General of MAN, Segun Ajayi-Kadir, stressed that the challenges must be adequately addressed to arrest further degeneration in the performance of the sector.

“In doing that, we consider the following measures critical such as the allocation of a significant proportion of available foreign exchange to the productive sector, particularly manufacturing,” said Kadir

“Further investment in the electricity value chain must be carried out and the government must commit to adding 10,000 MW to the current electricity distributed in the country,” adds Kadir.

The recent hike in rates by the central bank to hold back inflation has ballooned borrowing costs, and which is why finance costs are rising for companies who had taken loans to strengthen their balance sheet.

A higher interest expense squeezes profit and the situation worsens due to deteriorating cash flows.

There has been sell0ffs across sectors except the oil and gas as investors are wary about the uncertainties surrounding the 2023 elections and lack of confidence in the policies of the president Buhari led administration.