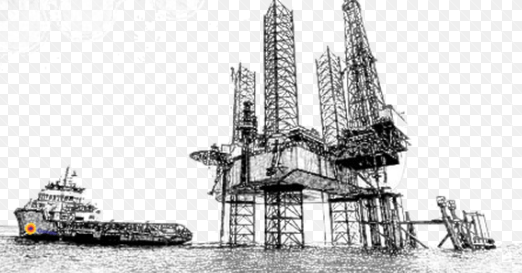 Oando Nigeria Plc reported the largest loss in its history of N207.07 billion in the fourth quarter of 2019, including N169.10 billion to write down the value of its asset and N148 billion on impairment on shareholders dispute.

The coronavirus pandemic crushed energy demand and undercut oil prices and the Nigerian oil and gas giant was not impervious to the headwinds that roiled capital markets and tipped countries into a recession.

As of the end of 2019 that coincided with the advent of the malaise, oil industry across the globe recorded over $145 billion in write-downs.

“We were no exception as following a thorough evaluation of  our oil and gas assets, we had to book non-financial impairments of N169 billion during the year in line with IFRS reporting guidelines,’’ said Oando in a press release.

“In addition, following the successful resolution of a long standing, and value destructive shareholder dispute that had plagued the company since 2017, we had to recognize a significant impairment of N148 billion on the financial assets arising from the financing and settlement of the resolution,” said the company.

The company that no longer makes profit from core operating may find it difficult to pay interest on loans as it has posted an operating loss of N334.80 billion while it has finance cost of N40.12 billion in the income statement waiting to be serviced.

Interestingly, the oil major partly financed the acquisition of Conoco Phillip by debt in 2014 for a consideration of $1.50 bn.  However, the precipitous drop in crude oil price of mid-2014 that tipped the country into its first recession in 2016 exposed the company to financial risk as deteriorating cash flow made repayment a herculean task.

Fast forward today the pandemic has exacerbated the already anemic position of Oando who was in a lingering dispute with disgruntled shareholders over allegations bordering on financial mismanagement.

Well, owners are on point to be spooked as the company is a high risk to investors and lenders because it is financing a significant amount of its potential growth through borrowing.

That exposes an entity with a very weak cash flow to bankruptcy because it will be paying much higher interest on loans due to rising borrowing cost in a world where central banks are hiking monetary policy rate to tame inflation caused by rising commodity prices and the war in East Europe.

It is worth noting that several years of recurring losses means Oando is a flirting with technical insolvency as it has an accumulated negative retained earnings of N304.75 billion, leaving it with a shareholders’ fund or total equity of N67 billion, which is 75.85 percent lower than 2020’s N277.11 billion in 2018.

Of course, the company is in dire need of capital injection because it does not have the cash to pay dividend, settle its debt, and fund future expansion whenever oil price rises.

It has a negative net cash generated from operating cash activities of N123.17 billion as at December 2018 from a positive position of  N58.06 billion the previous year.

There is light at the end of  the tunnel as the successful rollout of vaccines which revert the world to normal life combined with sanctions imposed on Russia by the United States and Europe for invading Ukraine have boosted crude oil prices.

“We quickly put in place mechanisms to safeguard our business by implementing a hedging program to protect our oil revenue and in April 2020, utilized the proceeds from  crystalizing the hedges towards reducing debt obligations,” said the company.

“This ensured that our cashflows were not severely stressed during a period which witnessed cashflow challenges for many of our peers. Furthermore, we successfully extended our NAOC-OOL-NPDC JV crude offtake contract, thereby securing long term offtake of our crude lifting volumes,” summed the company.