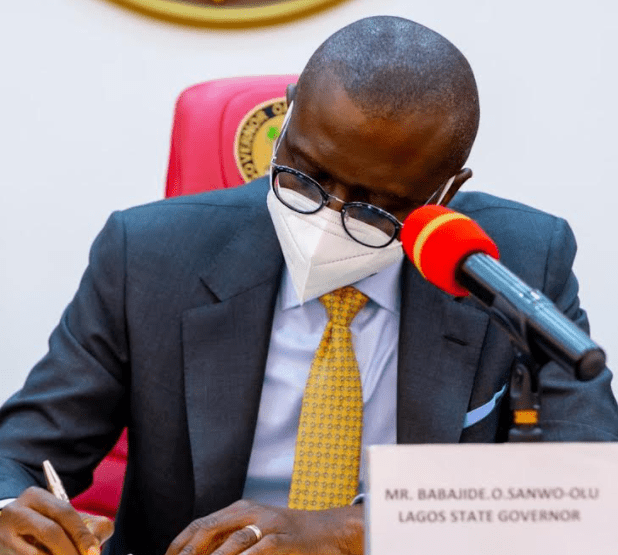 Lagos State Governor Babajide Sanwo-Olu has signed into law the State VAT Bill as passed by the House of Assembly.

The Governor signed the “bill for a law to impose and charge VAT on certain goods and services” at about 11. 45 am today, after returning from an official trip to Abuja.

By this act, the Bill has now become a Law.

The Lagos House of Assembly last week read for the first and second time, the state’s Value Added Tax (VAT) bill, and asked the Committee on Finance, which was handling it to report back on it.

The Speaker of the House, Mudashiru Obasa concerning the VAT bill said it would further lead to an increase in revenue and infrastructural development.

”This is in line with fiscal federalism that we have been talking about,” he said.

Mr Obasa said the VAT law, when passed, would help the state meet challenges in its various sectors.

He also urged the Lagos State government to do everything legally possible, to ensure the judgment of the Federal High Court, Port Harcourt, was sustained even up to the Supreme Court.

Mr Obasa said it was an opportunity for the state to emphasise again, the need for the consideration of true federalism.