Nigeria Defense Budget, a Drop of Water in the Ocean 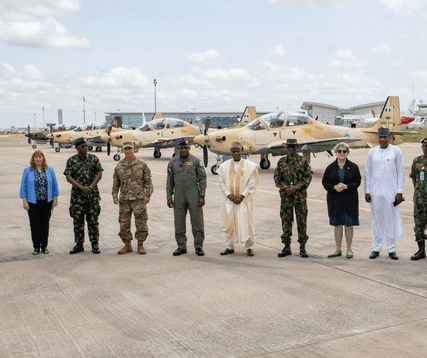 It is glaring that Nigeria’s annual defense spending of $5.80 billion which is 1.30 percent of the Gross Domestic Product GDP is a drop of water in the ocean for a country beset by insidious insecurity challenges.

A defense budget is the portion of the national budget that is allocated to defense covers salaries, training, and health care; maintains and purchases arms, equipment, and facilities; funds military operations; and funds the development of new technologies.

Of course, the government has failed in its fundamental obligations of protection and lives and properties, relegating funding of defense as many junior officials in the military and policy earn poor salaries while the barracks are deteriorating moribund.

To elucidate the above point, the enemies are more equipped with sophisticated weapons, have access to logistics that seamlessly add impetus to their pernicious attack, and an inexplicably good intelligence architecture that makes them look so elusively adroit than the Nigerian military.

While on an inspection of the Kuje Correctional Facility that was attacked by Boko Haram militants who freed no fewer than 416 inmates, including all 64 Boko Haram commanders, the president of the Senate Ahmed Lawan was shocked at the absence of Closed Circuit Television (CCTV) cameras at the Medium Security Custodial Centre.

Governments in developed countries are more proactively ardent in governance as they understand that losing sovereignty and easily capitulating to external/internal aggression means they have failed the citizens who have surrendered their rights to carry arms to them.

In short, the chunk of the U.S budget goes to defense, and it has adhered to it for centuries.

We in MoneyCentral believe the Nigerian government needs to pay more attention to public goods and leave other sectors to the private sector because only a tranquil environment with transformation and investor friendly reforms or reforms can spur foreign direct investment.

The privatisation and liberalisation policies should be accelerated, by doing so the government will be able to expand the tax revenue, which paves the way for proper funding of the defence needed to protect lives and properties as Nigerians live in fear in their own country.

According to the United Nations Development Programme (UNDP), the battle in northeast Nigeria with Islamist insurgents had killed over 350,000 people as of the end of 2020.