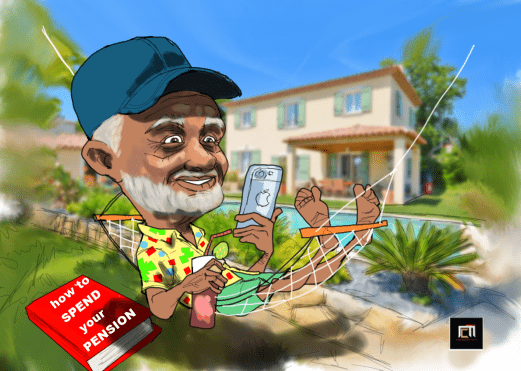 Nigeria has the fifth largest pension asset growth in Africa, as the reforms of policymakers are yielding fruit, according to a recent report by the Organisation for Economic Co-operation and Development (OECD).

According to the report, global pension fund assets grew by over 10 percent to $38.5 trillion in 2021.

An analysis of the report on Pension Asset seen by MoneyCentral shows Egypt’s pension fund asset grew by 8.0 percent to $6.2 billion, representing 1.5% of the country’s 2021 GDP.

The impressive growth in the pension industry is largely due to the rapidly growing population, greater allocation of assets to equities and real estate assets, regulations, and the enforcement of PSA 2014 in terms of compliance.

However, Nigeria still lagged some African countries, Europe, and the United States in pension penetration, which laid bare the macroeconomic challenges bedeviling the country.

Africa’ largest economy that has adopted the contributory pension scheme in 2004 has a penetration of 7.60 percent, which is substantially lower than the European Union, (22 percent); Europe, 41 percent, and G7, 72 percent.

Its penetration is also below African peers such as Kenya 12.9 percent; and, South Africa, 10 percent, and Uganda 12.4 percent, albeit ahead of Ghana 6.30 percent.