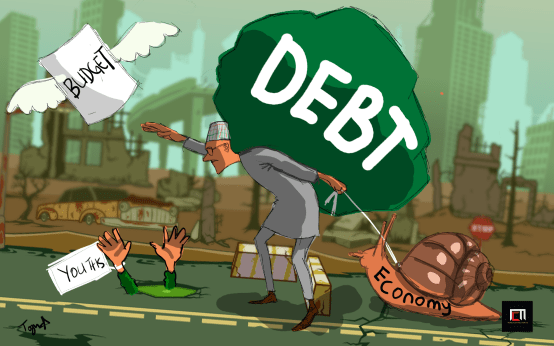 The Federal Government of Nigeria is working on issuing eurobonds and plans to pick advisers through an open bid process, the head of the debt management office (DMO) said.

This comes as the external debts of Africa’s largest economy increased by $6.4 billion in 2020 alone, according to MoneyCentral analysis of DMO data. The country started the year 2020 with external debts of $26.94 billion, which ballooned to $33.348 billion in December.

Patience Oniha, the director general of the Debt Management Office (DMO), said the new eurobond amount to be raised would be within the foreign borrowing plans for 2021. Nigeria budgeted to borrow N2.34 trillion ($6.14 billion) from foreign sources this year.

Nigeria had planned a eurobond issue early last year after its sixth sale in 2018 where it raised $2.86 billion.

But it decided to defer the 2020 sale due to the turmoil caused by the COVID-19 pandemic.

In February, it trimmed offshore borrowings in a new debt strategy after it repaid a $500 million eurobond in January.

Oniha had said the DMO was monitoring international markets for new issues by frontier countries.

Africa’s largest economy has been in talks with the World Bank for a $1.5 billion loan but approvals have been delayed due to concerns over reforms to its currency.

Nigeria emerged from its second recession since 2016 in the fourth quarter but growth is fragile. The government expects a 2021 budget deficit of N5.60 trillion to be financed largely from foreign and local borrowings.