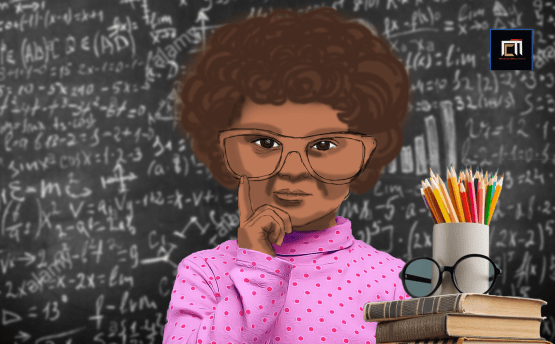 Strong indications have emerged that students of Kaduna state owned higher institutions may drop out from their various institutions following the recent hike in the school fees by the state government.

The monumental increase in fees according to stakeholders, may lead to 75 per cent drop out rate. Though, the state government, while confirming the exponential increase in the tuition fees disclosed that it was done to reposition the higher institutions in the state to deliver quality training to tackle the 21st century challenges.

In an interview with newsmen, the Commissioner of Education, Dr Shehu Makarfi  explained that the government had pegged a minimum fee, but had however, directed managements of the institutions to determine what students in humanities, sciences, residents, and non-residents could pay, saying that KASU had been directed to increase the tuition fees from between N24,000 and N26,000 to a minimum consolidated fee of N150,000.

He added that the minimum fees for National Diploma and Higher National Diploma programmes had been pegged at a minimum of N75,000 and N100,000 respectively, just as he also disclosed that National Certificate in Education (NCE), programmes in COE Gidan Waya was equally increased to N75,000.

The commissioner further explained that the upward review was in line with current realities and for the institutions to be able to improve performance in Information Technology (IT), and research, to meet global demand.

“We want our tertiary institutions to offer courses like IT, cyber security, artificial intelligence, satellite technology and other skills that are in high demand globally. Government is ready to invest resources in tertiary institutions as long as they are ready to go along with the dynamics in society and the world at large. Nigerian constitution, the national and the Kaduna state education policies, have provided for free and compulsory basic education. Kaduna State Government is currently providing free education from pre-primary to senior secondary schools, but that tertiary education has to be paid for because there is nowhere in the world that it is free,” Makarfi explained.

According to him, “In 2005, KASU Management proposed over N60,000 as tuition fee, but the government at that time said indigenes should pay between N24,000 and N26,000, while the government augments the balance annually. The government was only able to pay the balance for the first two years and had to stop, leaving the university in a deep financial crunch. KASU management was finding it difficult to run the school due to inadequate funds. The N26,000 tuition fee in the 21st century was grossly inadequate to generate the needed funds to run the school, improve facilities and capacity to accommodate more students and deliver the best of training and research. KASU could not accommodate the quantum of students that applied for various programmes in the institution due to issues of capacity.”

While speaking, he explained that most of the applicants were being forced to go to alternative institutions, particularly private universities, where they pay a minimum of N750,000 as tuition fee.

“So, why don’t we create an enabling environment, increase the carrying capacity of KASU for our children to remain at home, learn at home and pay less? I want to tell our parents and other stakeholders that despite the increased tuition fees, we are still subsiding compared to what other universities are collecting. Students in our tertiary institutions pay the least fees in this part of the country. What we want from the general public is their understanding and cooperation for us to improve the quality of education at tertiary institutions,” the commissioner said.

For indigent students to pay the new fees without difficulty, the government had introduced needs-based scholarship, and increased the amount from less than N20,000 to more than N100,000.

Makarfi also disclosed that Kaduna state government equally introduced merit-based foreign scholarships for exceptionally brilliant students, saying that a loan scheme is also introduced for those who may not meet the needs-based criteria for scholarship to access and pay back in a future date without interest.

“Government will continue to play its role of employing more lecturers, improving the infrastructure, and fund research and other services,” he said.

Meanwhile, a cross section of stakeholders interviewed by MoneyCentral opined that the decision of the government will greatly reduce the enrolment of students in the next academic session, whereby may mar the continuity of old students.

Abdulganiyu Ariyo Yusuf, a teacher said, the end result of government policy is that the state risks massive drop out, considering the economic hardships. ”  All that the government is saying that they are trying to increase its internally generated revenue. Nobody is saying don’t increase the IGR, but not in this manner. As we speak now, most students find it difficult to pay the N26,000 fees with  few of them dropping out of school eventually, while some female students had to resort to prostitution to be able to pay, and this because majority of these students are from very poor families,” Yusuf said.

Also speaking,  Auta Kabillah, a student who described the increment as outrageous said, government does not wants children of the poor to be educated, saying that, should government fail to reverse its decision many parents may not be able to continue to sponsor their children to school, considering the economic situation, just as he frowned at the timing of the increment, adding that the timing is wrong.

Kabillah who does not want neither his course of study nor his school mentioned said,” many of us are from poor families, whose sources of income are very slim. Our parents are struggling to sponsor us to school with the hope that our future could be better. But today, the hope is dying. School fees are not the only responsibilities of our parents. Paying house rent and other utility bills is becoming difficult already.”