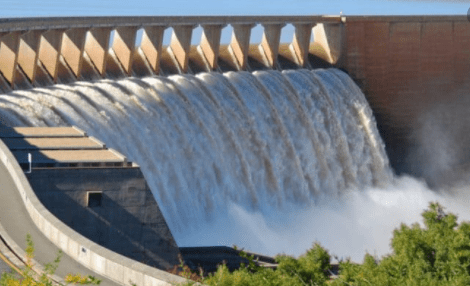 Sunrise power and transmission has filed a $400 million arbitration claim against the Federal Government over the proposed Mambilla hydroelectric dam in Taraba State , further hampering plans to access Chinese financing for the project.

The firm accuses the government of reneging on a settlement accord agreed last March that was supposed to resolve a long-running dispute over the rights to construct the Mambilla facility.

The company filed a case at the International Chamber of Commerce in Paris on May 11, asking a tribunal to order President Muhammadu Buhari’s administration to honor the agreement, Bloomberg reported.

Export-Import Bank of China has agreed to help fund Mambilla, but won’t release the money until the legal standoff ends.

If completed, Mambilla will bolster the 13,000 megawatts of installed electricity-generating capacity in Africa’s biggest economy by 12 percent.

Poor maintenance of existing infrastructure means that only about 4,500 megawatts is dispatched to the grid daily — a fraction of what’s needed in a nation of more than 200 million people.

Buhari said in October the project will bring power to 3 million homes.

Plans to develop the $4 billion, 1,525-megawatt plant on the Donga River in the eastern Taraba state date back to the early 1970s. Initially intended to be a 3,050-megawatt facility that would cost $5.8 billion, the Power has scaled back the scope of the project to improve its “bankability.”

Former Power Minister Babatunde Fashola announced in 2017 that China Eximbank would finance 85 percent of the cost of Mambilla, and that it would be built by Sinohydro Corp., China Gezhouba Group Co. and China Geo-Engineering Corp.

The Power Ministry first granted Sunrise the contract to build Mambilla in 2003, a deal Nigeria’s Federal Executive Council declined to approve. The company has asserted a claim to the project ever since, first in a Nigerian federal court and more recently through international arbitration.

After Fashola finalized the arrangement with the three Chinese firms, Sunrise started proceedings against Nigeria’s government at the ICC, demanding between $960 million and $2.4 billion in damages. It suspended that case to participate in the settlement talks encouraged by Yang.

Last year, Saleh Mamman the Power Minister and Nigerian Attorney General Abubakar Malami concluded two agreements with Sunrise that committed the government to pay $200 million to the Lagos-registered company in return for it dropping all claims relating to Mambilla. Sunrise would be entitled to an additional $200 million plus interest if the government failed to transfer the agreed sum within 180 days, according to the second accord signed in March.

Buhari subsequently decided that his administration couldn’t pay the settlement sum, according to a memorandum Malami sent the president in August, at a time when low oil prices were hammering government income.

Sunrise hasn’t received any money “despite numerous commitments from the involved ministers and a surge in oil prices,” Femi Falana its lawyer said. The company’s request for an award of $400 million plus interest of 10 percent has been initiated under the ICC’s expedited procedure rules, as specified in the agreements, and should be adjudicated within six months, he said.

Malami’s memorandum to Buhari stated that Sunrise is “in a strong legal position to pursue a successful claim” having not been “duly disengaged as contractor.”

Further delays caused by the dispute could also have “major negative political implications” because Mambilla is a “signature project” for the president’s administration, Malami said in August.