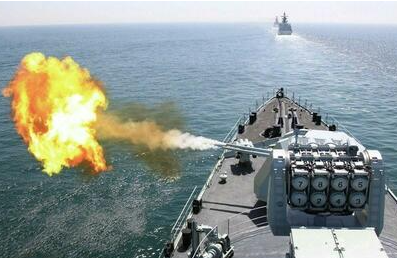 China has condemned the visit by US House speaker Nancy Pelosi to Taiwan and announced it would conduct missile tests starting as soon as Tuesday night. Beijing also announced military drills in different areas surrounding the main island of Taiwan from Aug. 4 to Aug. 7.

Tensions are high across the region as the plane carrying US House of Representatives speaker Nancy Pelosi touched down in Taiwan on Tuesday, with Chinese warplanes flying close to the median line of the sensitive Taiwan Strait.

Chinese warships and aircraft “squeezed” the median line on Tuesday morning, an unusual move described by one Reuters source as “very provocative”.

“China will take all necessary measures to resolutely defend national sovereignty and territorial integrity, and all consequences must be born by the US and the Taiwan independence forces,” the Foreign Ministry in Beijing said in a statement after Pelosi landed.

Ms Pelosi arrived in Malaysia on Tuesday morning for the second leg of her Asia tour, and the US military plane carrying the House Speaker and the Congressional delegation left that country and landed in Taipei at Taiwan Songshan Airport just before 11pm local time.

China has repeatedly issued warnings over Ms Pelosi’s visit to Taiwan, with multiple media reports saying Ms Pelosi and five other House members for a Congressional delegation will stay Tuesday night in the Taiwanese capital, Taipei.

Ms Pelosi left the US on Sunday and began her visit in Singapore. Her office has said she will also travel to South Korea and Japan.

The visit to Taiwan is the most senior by a US politician since then-House speaker Newt Gingrich went there in 1997.

US House Speaker Nancy Pelosi said minutes after touching down in Taiwan on Tuesday that her trip, marking the highest-level visit by a US official in more than two decades, was a sign of “America’s unwavering” commitment to supporting the island nation.

“Our discussions with Taiwan leadership reaffirm our support for our partner & promote our shared interests, including advancing a free & open Indo-Pacific region.”

Our discussions with Taiwan leadership reaffirm our support for our partner & promote our shared interests, including advancing a free & open Indo-Pacific region.

“America’s solidarity with the 23 million people of Taiwan is more important today than ever, as the world faces a choice between autocracy and democracy,” the House speaker continued in a thread, before emphasising that her delegation’s visit “in no way contradicts longstanding United States policy, guided by the Taiwan Relations Act of 1979, U.S.-China Joint Communiques and the Six Assurances,” Pelosi tweeted.

China, which regards Taiwan as part of its territory, vowed an unspecified military response ahead of Pelosi’s visit that risks sparking a crisis between the world’s biggest economies.

President Xi Jinping told President Joe Biden last week he would “resolutely safeguard China’s national sovereignty and territorial integrity” and that “whoever plays with fire will get burned.”

Taiwan’s Defense Ministry said in a statement Tuesday that the island’s military was prepared to send “appropriate armed forces according to the threat,” adding that it was “determined, confident and capable of ensuring national security.”

Pelosi is the highest-ranking American politician to visit Taiwan since then-House Speaker Newt Gingrich did so in 1997.

That came shortly after the last major crisis in the Taiwan Strait, when China lobbed missiles into the sea near ports and then-President Bill Clinton sent two aircraft carrier battle groups to the area.

The previously unannounced stop in Taiwan comes after Pelosi led a congressional delegation to Singapore and Malaysia. They will head next to South Korea and Japan — two staunch US allies.