What Dangote Refinery Can Learn from Mistakes made by NNPC Refineries 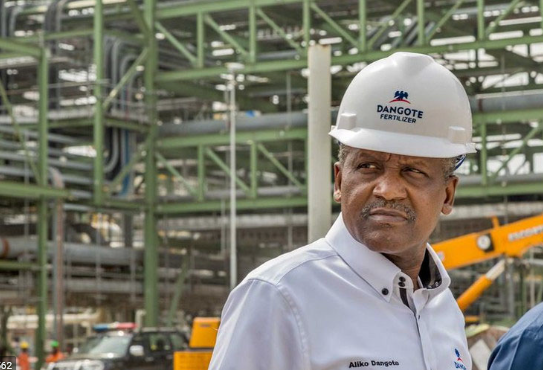 As Dangote’s 650,000 barrel a day refinery starts production next year, these are mistakes that must be avoided to avert the precarious situation the country’s three largest refineries have found themselves as they have become a perpetual liability to government and Nigerians.

That means Dangote Refinery shouldn’t run a bloated wage bill because such costs could erode profitability as most oil majors operate on tight margins since revenues are susceptible to volatility in crude oil price.

A glimpse of the 2018 audited financial statement of the three largest refineries showed they incurred a combined wages or personnel cost of N46.29 billion, which is 13 times combined revenue.

Also, workers are surplus to requirement as cost per employee is N28.83 million. And what this means is that on average a staff receives N28.83 million as salary from an organization that has not been producing a drop of refined petrol in the past few years.

Second, Dangote should sell its products at the prevailing market price if it wants to remain profitable and avoid grave mistakes NNPC made by selling below market price due to subsidy.

Nigeria’s refineries have been recording recurring loses over the past few years, and disappointedly, NNPC has been spending money on maintenance, money that could have been used to fund infrastructure projects across the country. They posted loss of N154.12 billion as at December 2018, while cumulative operating loss stood at N196.15 billion in the same period.

Third, to be profitable and deliver the desired returns on investment, Dangote Refinery will have to embrace accountability, transparency, and prudence; and it must avoid the mismanagement that plunged local refineries into financial crisis.

It is disheartening that the NNPC Refineries have not been acquiring property plant and equipment to refine products and sell to the market, instead they are owing suppliers and contractors for maintenance work done on moribund fields.

Experts have warned government not to spend tax payers’ money to revamp moribund refineries that have been making losses, and that these assets should be privatised or disposed of.

But investors will only be willing pay pea nut for the assets as they have diminished in value. With Dangote Refinery coming on board next year, it is a double whammy for local refineries that are on the brink of collapse.