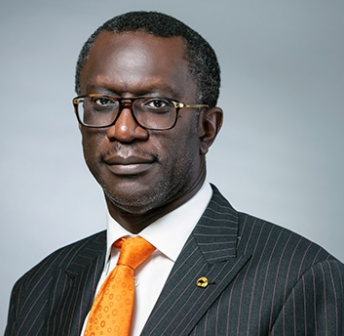 If Leadway Assurance Limited were a listed company, it would be the most capitalized insurer in Africa’s largest economy.

Just as the lion is king of the jungle, so is Leadway Assurance the strongest insurer in the country, beating peer rivals to key financial metrics.

It is also the most viable insurer since its return on average equity (ROAE) is growing faster than operating expenses, which validates investment in state of the art technology that is continually accelerating cost optimisation.

A firm awash with liquidity and a solid working capital position sometimes considers acquiring assets with a view to increasing its market share or dominance.

These firms are beleaguered and do not have solid capital to meet the recapitalization deadline of the National Insurance Commission (NAICOM).

It makes strategic sense that owners of these companies seek a buyout, and sell to entities that have the ammunition to turn a loss-making venture into a cash cow or commercially viable venture.

Notably, Goldlink insurance Plc, African Alliance Plc, and International Energy Insurance Plc are technically insolvent as their total assets cannot cover liabilities, which means they could be acquisition targets for firms that have strong capital bases.

They are reeling from deteriorating underwriting performance as evidenced in huge and burdensome claims, underwriting, and management expenses as an economic downturn and difficult operating environment continues to hobble revenue.

Auditors have issued warnings that some of them are on the brink of bankruptcy, issuing a qualified report, signaling their financial statements have been stigmatised.

Goldlink, International Energy, and African Alliance have a combined N76.40 billion negative retained earnings on the capital side of their balance sheet, as they have been recording more losses than profit throughout their existence.

What this means is that shareholders will not be paid a dividend since the law prohibits beleaguered companies from making such distribution.

The three companies are not swift or prompt in submitting their financial statement to the Nigerian Stock Exchange (NSE), and disappointingly, the relevant authority has not yet punished or delisted them from the exchange.

Also, it has negative retained earnings of N24.19 billion and posted a loss after tax of N4.17 billion.

Interestingly, the insurer suffered deteriorating underwriting performance as it posted underwriting loss of N157.63 million while the combined ratio weakened to 469.03 percent in December 2018 from 330.24 percent as at December 2017.

Low yield environment remains the elephant in the room

Nigerian insurers with the desired liquidity invest in fixed income securities when yields are high to help compensate for unfavorable underwriting environment.

Of course, such strategic plans are necessary since rising claims, underwriting and management expenses wipe out most of the gains at the top line (revenue), resulting in real underwriting loss.

In 2020, listed firms made a combined N77.13 billion so far, and the figure will be more than this after Leadway Assurance and other unquoted firms release their results.

However, yields have been falling since last year, thanks to the dovish stance of the central bank, and what this means is that future profit will be pressured since there will be a reduction in investment returns.

Analysts are of the view that profitability would rely heavily on effective risk management and operational efficiency as a result of slower growth in premiums and rising claims (majorly in the life segment due to increasing death toll from the pandemic).

Analysts at global professional firm KMPG said the coronavirus pandemic exposes insurers to liquidity challenges and that there is simultaneous pressure on three fronts: asset side, liability side, and investment side.

“Clearly, the combined effects of these three pressures could be significant and are likely to grow over time. It is certainly true that the insurance industry is well-capitalized and well-diversified – but no one should be taking anything for granted. In most industries, there are early warning indicators about possible liquidity difficulties which are usually debt covenant related,” said analysts at KPMG.

The insurance sector is lagging peers in major indicators penetration and density.

This poor level of growth is largely due to little awareness and understanding of insurance products, lack of trust especially with regards to claim settlement, socio-cultural & religious beliefs of Nigerians, weak enforcement of compulsory insurance policies and the slow pace of innovation amongst industry participants.

In addition, the deteriorating macroeconomic environment slows down the adoption of insurance.

In a country where over 50 percent of a population of 200 million people live on less than $1.98 a day, insurance is the least of the problems of Nigerians.