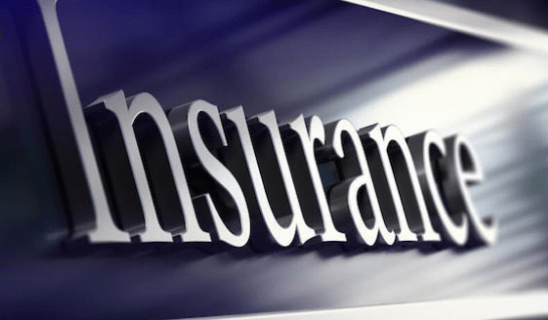 Speaking in Abuja on October 14, 2021, during his conferment with the grand patron of the Chartered Insurance Institute of Nigeria (CIIN), Nigerian President Muhammadu Buhari had a simple advice for his insurance sector hosts: honour the claims of your clients in good time.

MoneyCentral can report that the quoted insurance companies in Africa’s largest economy are largely doing that and creating value for their customers, especially in the face of losses as they collectively paid claims of N137.19 billion in 2021, according to data gathered by MoneyCentral.

That is 21.35 percent higher than 2020’s N113.05 billion, but insurers are also spending more on claims than premium they generate, sending the combined ratio for the majority of them above the 100 percent benchmark.

The combined average claims payout ratio for the listed entities increased to 49.57 percent in December 2021 from 47.09 percent as at December 2020.

Some analysts attribute mounting obligation to the reopening of the economy that underpinned business activities.

Of course, companies that derive a substantial portion of their business from motor insurance saw bottom-line growth during the pandemic. That is because claims payout drops as cars are parked in the garages.

However, as restrictions began to ease, claims volume started to bounce, as more people hit the road to go about their business.

The country’s real GDP grew by 4.03 percent year on year (yoy) in the third quarter of the year of 2020, according to the National Bureau of Statistics.

Insurers were exposed to losses relating to properties damaged across the country during the protest against police brutality called the “ENDARS”.

It all started as a peaceful demonstration, but it went ballistic when hoodlums hijacked it and embarked on looting and destruction of properties.

The Nigerian Insurers Association has said insurance companies have paid N11 billion claims on losses suffered during the 2020 #EndSARS protest.

Analysts who spoke to MoneyCentral on the condition of anonymity said inflationary pressure and currency volatility balloon the replacement cost of assets.

After seven consecutive months of decline and one increase last month, headline inflation advanced by 23bps to 15.63 percent yoy alongside core and food inflation, according to data from the National Bureau of Statistics (NBS).

Mutual Benefit Assurance Plc claims expenses increased by 13.74 percent in the period under review from N8 billion the previous year.

African Alliance Insurance Plc claims expenses were up 30.51 percent to N10.32 billion in December 2021 from N7.90 billion as at December 2020. Claims ratio increased to 156.01 percent in the period under review from 120.57 percent the previous year.

However, some bucked the trend as they did not face mounting obligations to policyholders.

NEM Insurance Plc claims expenses were flat at N6.05 billion in December 2021, and claims ratio increased to 43.07 percent in December 2021 from 49.73 percent the previous year.

Analysts say there is a need for insurance operators to embrace prompt payment of claims to retain public trust and ensure the sector contributes optimally to economic growth.

Commissioner for Insurance, Sunday Thomas, urged insurance companies to take claims settlement seriously because it is necessary to boost the image of the insurance industry.

“One issue that has been setting the industry on a reverse gear in its developmental efforts is the issue of claims settlement. A few among us have been making this work a tedious one by not paying claims promptly,” said Thomas.

“We should know as a fact that insurance business is about payment of genuine claims and anything short of that will continue to hurt insurance business in the country, thereby giving the industry poor reputation, perception and image. I urge you to look at this issue at your level and deal with it decisively as it has continued to give the industry a bad name,” summed Sunday.