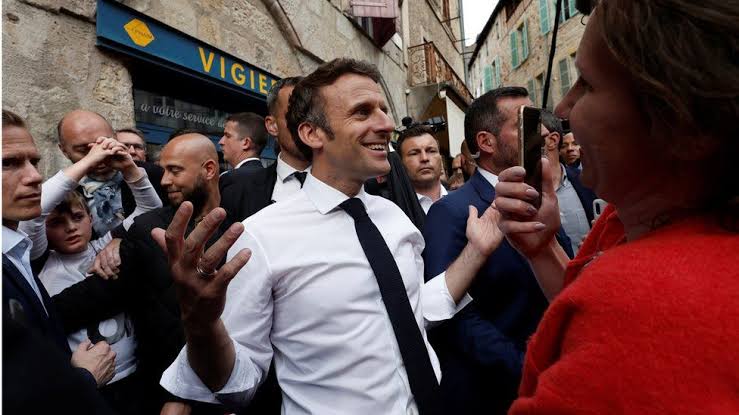 The first projections of the outcome of the 2022 French presidential vote are in, and it looks like President Emmanuel Macron will keep his post for another five-year term, winning by a margin of 58.2% to Marine Le Pen’s 41.8%, according to initial results reported by French newspaper Le Monde.

Le Pen has conceded, making his victory all but confirmed.

The election has also been called by AFP, the largest and most authoritative news service in France.

The victory makes Macron the first French president to win a second term in two decades – the first since Jacques Chirac, who left office in 2007.

Perhaps the most notable aspect of this vote is that Macron won by a much smaller margin; his margin of victory this time is narrower than 20 percentage points, compared with 30 percentage points last time around.

According to Bloomberg, the rise in support for Le Pen reflects a “bitterly divided country”.

During a rally after the vote, Le Pen said the results “represents a stunning victory,” before leading her supporters in a chorus of the national anthem.

“Millions of people voted for the national camp and for change,” Le Pen said.

It’s likely that the news of Macron’s victory will be embraced by markets around the world, as Wall Street analysts had projected that a Le Pen victory would have been an even bigger shock to international markets than the results of the Brexit referendum in 2016.