NASIEC Has Delivered on Its Mandate – Chairman 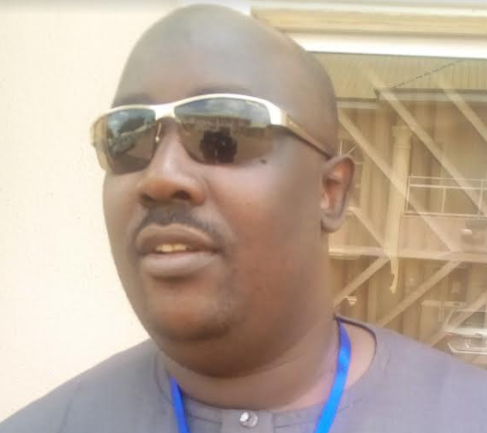 Editorhttps://moneycentral.com.ng
Barr Ayuba Wandai Usman is the chairman of Nasarawa State Independent Electoral Commission (NASIEC). In this encounter with GEORGE KAJO, he spoke on activities of the Forum of State Electoral Commissions of Nigeria, saying that Nasarawa has delivered on its mandate in last year’s local government polls. Excerpts…
Sir, can you briefly introduce yourself and your mission in Benue state?
I’m Barr. Ayuba Wandai Usman, the chairman of Nasarawa State Independent Electoral Commission (NASIEC). I’m in Benue state as part of the observer team for the forum of States Independent Electoral Commissions of Nigeria who were in Benue in respect of the local government polls.
Having gone round with other members of the team. What impression do you have about the exercise?
Well, as a member of the team of 36 state chairmen of State Electoral Bodies including the Federal Capital Territory, we have monitored some polling units within the Makurdi metropolis and observed that the process was very smooth, devoid of violence with arrival of electoral materials.
I saw voters on queues performing their civic responsibilities. Of course, I also observed voter apathy in some polling units with security agents patrolling to ensure law and order. On the whole, I can give the process a pass mark.
What do you think has given rise to the voter apathy as you rightly observed?
Well, as an observer, I did not interview any officer on why there was a low turnout. But generally, local government elections across the country always witnessed such a scenario.
I have visited the 36 states of the federation on an observer mission and to monitor the exercises. In many cases, people are in the community zone and have an understanding on where the next Councilor or Chairman will come from. Therefore, they may see no need to come out en masse to vote hence they almost know the winner before votes are cast.
Most State Electoral Commissions have issues with funding. What is the case with NASIEC?
For us in Nasarawa state, all that we have asked for have been given by His Excellency, governor A.A. Sule and we are also given free hands to operate as a Commission in conducting affairs within the ambit of the law.
If you follow our activities during our last local government election held on 6th November, 2021, we did our best and delivered on our mandate.
After the polls, about 30 petitions came up before the local government election petition tribunal and have been disposed of. Also, the Appeal tribunal has affirmed all the declarations made by NASIEC which is a testimony that we did our assignment creditably.
Why is it that the ruling party in a particular state wins all the local council seats at the polls?
Well, that has always been the impression. But, for us as Electoral Managers, we do not see it that way because no Electoral Manager will want to declare a result that will be overturned by the tribunal.
So, we always declare results based on the report that comes from the field officers. Therefore, aggrieved parties have a window of taking their case before the election petition tribunal and Appeal tribunal for adjudication.
So, the law has provided a safeguard for doing any wrong or corrupt practices. For us at NASIEC, we declared all the 147 wards and the 13 local government areas results to the winner based on reports received from field officers.
Share
Facebook
Twitter
Pinterest
WhatsApp
Previous articleOrtom Urges Intervention of International Community in Nation’s Humanitarian Crisis
Next articleJulius Berger Expands Educational CSR Initiative, Takes Literacy Campaign to FCT Schools
- Advertisement -