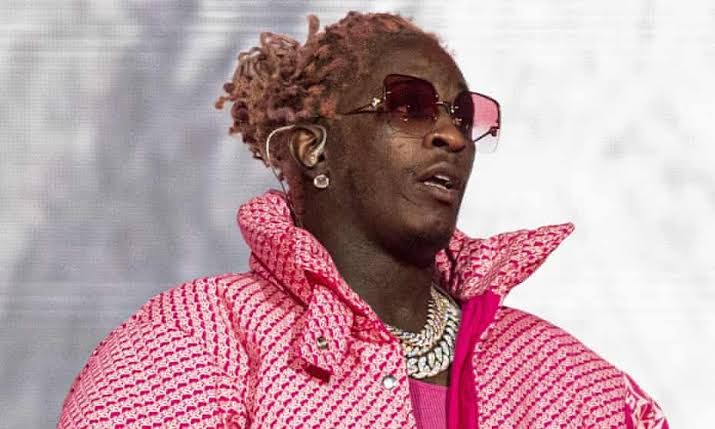 Young Thug is one of 28 people named in a 56-count indictment, which includes violating Georgia’s Racketeer Influenced and Corrupt Organizations, or RICO, Act and participating in criminal street gang activity, according to court documents.

The allegations center around YSL, or “Young Slime Life,” which prosecutors say is a street gang formed in 2012 in Atlanta, according to the indictment filed in Fulton Superior Court.

Young Thug, 30, whose real name is Jeffery Lamar Williams, is alleged to be one of three founding members of YSL, according to the indictment. The indictment says that YSL claims affiliation with the the national Bloods gang.

Young Thug’s lawyer, Brian Steel, said his client is innocent and will be vindicated.

“Mr. Williams has committed no violation of law, whatsoever. We will fight this case ethically, legally and zealously. Mr. Williams will be cleared,” Steel said.

Fulton County Jail records indicate that the Grammy-winning rapper was booked Monday. It does not list a release date.

Young is charged with two counts, according to the indictment: conspiracy to violate RICO, and participation in criminal street gang activity.

Others named in the indictment face other charges, including murder, assault with a deadly weapon and armed robbery.

Like the federal RICO statute, Georgia’s version of the law was designed to quell organized crime.

The indictment alleges the RICO conspiracy occurred between 2013 and this year. In the street gang activity count against Young, the indictment says it occurred on or between May 12, 2018, and Sunday.

Also indicted was the rapper Gunna, real name Sergio Kitchens. The indictment lists the RICO conspiracy charge against him. Gunna’s representatives did not immediately respond to requests for comment late Monday. Jail records do not show anyone by that name in custody.

In April 2021 Young Thug and Gunna posted bail for 30 low-level inmates who were unable to afford the costs themselves, The Associated Press reported.

The Fulton County District Attorney’s Office did not immediately respond to requests for comment Monday night.

Young Thug is a native of Atlanta. Last year his album “Punk” became his third to debut at No. 1. He earned a songwriting Grammy for Childish Gambino’s, “This Is America.”

He has appeared in two releases of the “Fast and Furious” movie franchise.

Last month, LaKevia Jackson, 31, the mother of a child she shared with Young Thug, was fatally shot in a dispute over a bowling ball, authorities said.

Funke Akindele, My Dad Cheated on Each Other, JJC’s Son Claims