ABCON Unveils Roadmap on Save the Naira Campaign 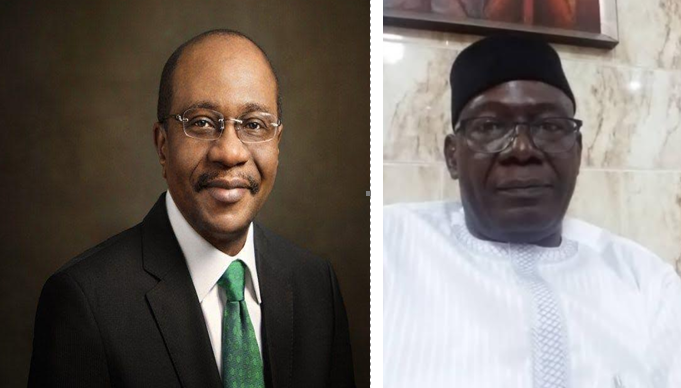 The Association of Bureaux De Change Operators of Nigeria (ABCON) has developed a roadmap campaign plan needed to save the naira from further decline and enhance exchange rate stability.

The ABCON National Executive Council said the move to save the naira was agreed by the body at the conclusion of its meeting in Lagos, where it unveiled strategies for saving the local currency, bridge the exchange rate gaps and curb volatility in the forex market.

The ABCON President, Alhaji (Dr) Aminu Gwadabe said there was an urgent need to enhance dollar liquidity in the market and ensure stability of prices in the economy.

These steps, he said, would save the local currency and economy from the impact of election spending that has kept inflation at double digits for a very long time.

The ABCON boss disclosed that the depreciation of the naira against global currencies was due to pressure from rising dollar demand without sufficient liquidity to meet the demands from retail end users, manufacturers and other key players in the economy.

“The naira has consistently come under serious pressure due to dollar scarcity making it difficult for forex end users, manufacturers and key industry players to access dollars needed to meet their needs. ABCON under my leadership will continue to encourage our members to play the vital role of closing the exchange rate gaps in the market and reducing widening premium between the parallel market and the official window,” he said.

Gwadabe listed several factors that continue to undermine the naira stability and the local currency’s value against other currencies.

The ABCON boss called for the creation of BDCs’ Autonomous Foreign Exchange Trading Window (BAFEX) with a determined maximum daily limit for eligible BDCs to access dollars from banks, autonomous market and diaspora forex widow at the prevailing market prices.

Gwadabe also sought for the creation of an automation portal to encourage registration of undocumented and unlicensed operators for effective monitoring, identification and tracking of their transactions.

He said the reluctance of the Central Bank of Nigeria (CBN) to open new windows through which foreign exchange can be attracted to the economy remains a key factor in the continued fall of the naira.

He said the non-inclusion of BDCs in the list of channels through which diaspora remittances flow to Nigeria, under the CBN’s guidance and regulation, has reduced the volume of dollar inflows to the economy.

According to him, the World Bank’s latest Migration and Development Brief showed that Sub-Saharan Africa attracted $49 billion in 2021. The bank said officially recorded remittance flows to low- and middle-income countries are expected to increase by 4.2 per cent this year to reach $630 billion.

Gwadabe said Nigeria’s contribution to the remittances fund is expected to rise when BDCs are allowed to receive funds from Nigerians in Diaspora into the economy.

He said the BDCs are to perform this role through contactless and digitised channels that make collections easy and seamless.

He said there is urgent need to review the guidelines on BDC’s Scope of Operations to include participation in payment space, such as agency banking, Point of Sale (PoS) services, inbound and outbound forex transfers, ATM Forex services, to reflect global business model practice.

He suggested that the BDCs should be allowed to access dollars or diaspora remittances through the autonomous forex windows that enable operators to receive IMTOs proceeds, carry out online dollar operations and Point of Sale (PoS) Agency, among others.

Gwadabe insisted that now is the time to break the current industry monopoly that puts the remittances market in the hands of few players depriving others from tapping into the plan.

The ABCON boss also called for the establishment of training institutes to enhance capacity and infrastructure in the industry and broaden players’ business scope with cash-back incentives for those that patronize BDCs while also implementing a less cumbersome and complex documentation requirement for end users.

“The BDCs should be able to operate a network of digital solutions for PTA/BTA. This would reduce overheads, and improve profitability. Some BDCs might still consider working closer with commercial banks. The ABCON can also be recognized as a self-regulatory organization to enable it to operate effectively and sanction erring members,” he stated.

“We wish to reiterate our resolve to align with the policy thrust of the apex bank and ensure that ABCON members play their roles professionally and strategically in the interest of the market and economy,” he said.

He said that de-marketing of BDCs by regulators and security agencies is not good for the stability of the market. The suggested the strengthening of over 4,500 BDCs to bring forex closer to the retail end users and boost market liquidity.

He said that ABCON has developed multiple applications for BDCs’ transformation from being CBN cash dispensers to globally competitive entities with capacity to attract foreign capital flows to the economy.

“We support any measures that would lead to compliance with the Anti-Money Laundering and Combating the Financing of Terrorism (AML/CFT), supporting CBN’s exchange rate stability policies and security agencies to punish any BDC operator breaching corporate governance and compliance guidelines. It is our sincere believe that the BDCs need to be integrated back officially to ensure their continuous potent role in exchange rate stability management,” Gwadabe said.

The ABCON boss reiterated that the recognition of the role of BDCs in the Nigerian financial sector remains the first step to building a sustainable and viable forex market that is comparable to what is obtainable in other developed economies.