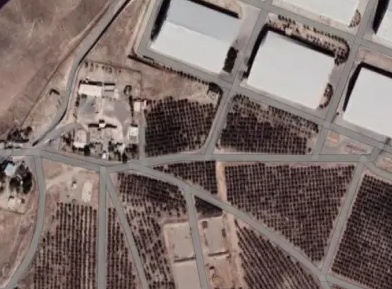 A reported ‘accident’ at the Parchin military research center in Iran was actually a drone attack, the New York Times (NYT) reported.

Three Iranians with knowledge of the attack and one US official were the source of the report, according to the NYT.

An Iranian engineer was killed and another employee was injured on Wednesday evening in the incident, at the research center that officially belongs to Iran’s Defense Ministry.

The attack was carried out by quadcopter suicide drones, the Iranian sources were quoted as saying. The sources were not authorized to speak publicly.

Situated 60 km. (37 miles) southeast of Tehran, Parchin is a sensitive military site housing several industrial and research units. It is where Western intelligence services believe Iran carried out tests related to nuclear bomb detonations more than a decade ago.

Ehsan Ghadbeigi, a mechanical engineer, was identified as the person killed in the incident. His colleague who was injured was taken to the hospital to be treated for his injuries.

Iranian media had earlier reported that an “industrial accident” had killed one person and injured another in a factory in the Parchin area, citing an “informed source.”

Iranian media had earlier reported that an “industrial accident” had killed one person and injured another in a factory in the Parchin area, citing an “informed source.”

On Thursday afternoon, a large fire broke out at a plastic injection factory in the Tehranpars area of Tehran, according to Iranian reports. Video and photos reportedly from the scene showed a large smoke cloud that could be seen from a distance.

In March, the Islamic Revolutionary Guards Corps fired 12 missiles from Iran toward what they claimed was a site used by the Mossad in Erbil in northwestern Iraq. The attack was reportedly carried out in response to an alleged Israeli drone strike on an IRGC drone base in Mahidasht in western Iran.

A number of explosions have also been reported at the Natanz and Karaj nuclear sites in the past two years. Iranian officials at first called the incidents accidents, and later blamed Israel for the explosions.