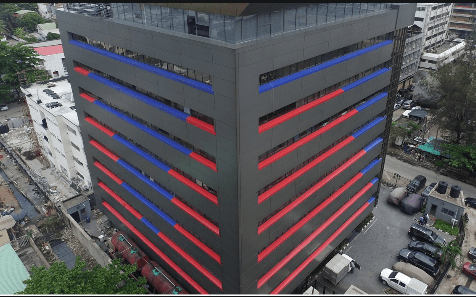 AIICO Insurance Nigeria Plc has delivered better underwriting results as its profit surged even amid COVID-19 shocks that paralyzed economic activities across the country.

The largest listed insurer by total asset is reaping the benefits of copious investment in technology that helped add efficiency to capital, while its insurance business is expected to drive higher returns to its shareholders.

Double digit growth in premium income and uptick in investment income- amid a low yield environment are also major drivers of profit.

For the first three month through March 2020, AIICO Insurance posted an underwriting profit of N217.37 million from a loss position of N3.12 billion the previous.

That translates into improved efficient as combined ratio reduced to 91.04 percent in the period under review as against 95.65 percent the previous year.

A ratio below 100 percent indicates that the company is making an underwriting profit, while a ratio above 100 percent means that it is paying out more money in claims that it is receiving from premiums.

The growth in profit as largest driven by surge in investment income by 225.48 percent to N3.78 billion, which helped compensate for finance cost of N1.02 billion.

The company said the borrowing cost relates to capitalized cost incurred in the facilitation of the International Finance Corporation (IFC) cost.

In compliance with the new minimum capital requirements, AIICO recently concluded the private placement phase of its recapitalisation exercise with an uptake of 38.83 per cent of its shares by two strategic investors.

The company’s diversified and innovative products are making an inroad into the Nigerian market and its business segments are contributing to earnings growth despite the current macroeconomic headwinds.

A breakdown of gross premium written shows Life (individual group) business spiked by 34.49 percent to N10.80 billion in the period under review as against N8.03 billion the previous year. Non life was up mere 6.91 percent to N4.64 billion.

The coronavirus pandemic is a blessing in disguise for the largest insurers in the country as health workers are seeking life insurance cover. That means composite insurers will see an uptick in revenue starting from the third quarter of the year.

AIICO Insurance’s claims expenses were up 20.14 percent to N7.71 billion as at March 2020, while claims ratio increased to 57.76 percent in the period under as against 57.96 percent the previous year.

Experts have warned that the coronvirus pandemic will expose insurers to huge claims as they see surge in health, travel and business interruption claims.

“Put together, this daunting list of issues represents a stern test of resilience for an industry already weighed down by enduringly low interest rates and slow growth in mature markets,” said analyst at PWC.