CBN Clarifies Stance on Conversion of Naira to Dollar 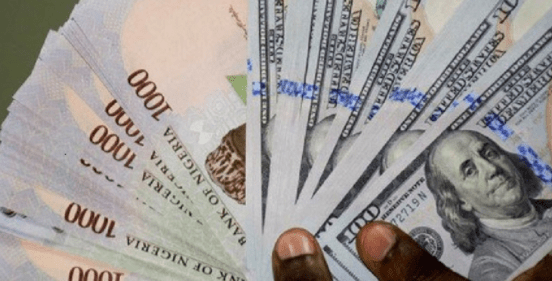 The Central Bank of Nigeria (CBN) has clarified a statement made by its Governor, Mr. Godwin Emefiele about the Naira, at Tuesday’s post-Monetary Policy Committee (MPC) meeting media briefing.

It stressed that Emefiele had during the media briefing warned bank customers against converting the naira to dollars for electioneering purposes.

CBN Director, Corporate Communications Department, Mr. Osita Nwanisobi stated this following what he described as attempts by persons to deliberately misrepresent Emefiele’s caution on electioneering spending by the political class.

At the MPC briefing, Emefiele in response to a question on the impact of election spending had said:

“For election spending as far as we are concerned what we do is to monitor liquidity in the system and once we see that there is excess liquidity we will continue to use our discretionary powers to mop up liquidity in the vaults of the banks so that they will not get involved in speculative activities with those who want to speculate with the currency.

“As for those who want to be taking naira from their account to buy dollar because of elections, I want to warn, not advise that it is illegal to do so. Whereas it sounds more convenient that you should carry dollars because you can carry a little dollar with a lot of value in your pocket, but if the security agencies hold you know the implication of that we will continue from our own side.”

“We have our own apparatus through which we monitor movement of funds between customer or between banks and customers or from one bank to another. Any bank that we find in those kind of transactions that we consider to be unauthorised or that we consider to be illegal you can be guaranteed that your account will be placed on Post No Debit (PND).”

“When your account is placed on PND it means you will never be able to conduct banking transactions in any bank in Nigeria. It is a very injurious tool that the CBN uses. CBN has turned itself into a monster that uses an injurious tool to stop you from conducting illegal flows, whether domestic or foreign currency. So I will advise you not to get involved in unauthorised and illegal movement of money from your bank to your account or from your account to another account or in currency conversion. When you do that and you are caught in that practice your account will be placed on PND.”

According to Nwanisobi, the warning by the CBN Governor was to those who sought to convert the naira from their accounts into foreign currencies for election campaign and not those who seek to exchange the currency for legitimate purposes such as payment for tuition and other personal expenses.

Reiterating the bank’s position, the CBN spokesman also frowned at the conduct of unauthorised movement of funds within and outside the country, saying it would use tools at its disposal to check the movement of illicit funds.

While maintaining that the bank, in line with its mandate, had discretionary power to prevent persons from conducting unauthorised transactions, Nwanisobi said the CBN was within its statutory limits to mop up the excess liquidity in the vaults of the institutions its regulates, so they do not get involved in speculative activities.