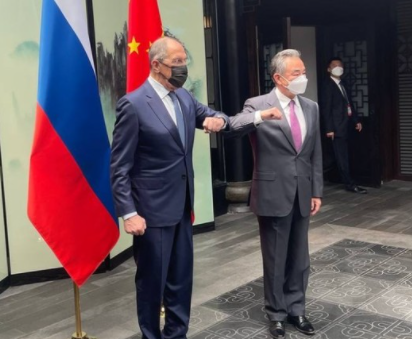 Russia bought $6.7 billion worth of goods from China in July, an increase of more than a third from the previous month, Bloomberg reported on Monday, citing data from China’s customs authority.

According to the report, Chinese goods are filling the void left by the exodus of western brands amid unprecedented sanctions.

Chinese shipments to Russia surged 22.2% in July from a year earlier in dollar terms, shaking off the decline of 17% in June and marking the first growth since March, Reuters has calculated based on the data released.

Imports growth from Russia sustained an elevated pace at 49.3% in July, though slower than the 56% gain in June and the 79.6% rise in May.

It is expected that the foreign trade between China and Russia this year would surpass the level of 2021 when the bilateral trade stood at $146.87 billion, a record high,” president of the Contemporary China-Russia Regional Economy Research Institute, Song Kui told the Global Times on Sunday.

He explained that in addition to energy cooperation, in recent years, trade between the two countries has been expanding to food and agriculture, new-energy vehicles and other fields.

“The pursuing of local currency settlements in trade between China and Russia also provides more convenience for traders between the two countries to stabilize foreign trade and avoid US dollar hegemony,” Song noted.