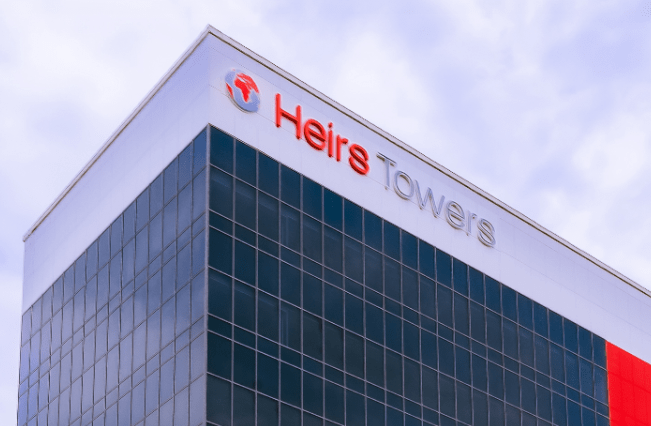 The launch of two insurers by Heirs Holdings Group could spur mergers and acquisition as there are a couple of companies that are up for grabs for inorganic growth.

Inorganic growth is the growth of business, sales expansion etc. by increasing output and business reach through acquiring new businesses by way of mergers, acquisitions and take-overs.

Some insurance companies with weak capital bases and irreparable deteriorating financial conditions could be bought by Heirs Holdings Group through two insurers it unveiled a few weeks ago.

With N10 billion and N8 billion minimum paid-up capital of both Heirs Insurance Limited and Heirs Life Assurance combined with experience of billionaire investor Tony Elumelu, it is only a matter of time that the banking sector kind of consolidation 2005 will be replicated soon.

The market had anticipated the recapitalization exercise launched by the Nigerian Insurance Association (NAICOM) in 2019 would accelerate mergers and acquisitions, but the outbreak of the coronavirus pandemic that forced the government to impose lockdown measures significantly halted deals in 2020.

The initial deadline for recapitalization was set as June 2020 and NAICOM had approved the recapitalization plans of about 44 insurers (of which 6 were Mergers and Acquisitions) as at August 2019 while rejecting 6 companies’ plans and placing 2 others under  review.

There have not been any major deals in 2021 even as the government is gradually reopening the economy on the expectation of roll-out of vaccination.

However, companies were raising capital via rights issues to strengthen their capital with a view to meeting the recapitalization guideline by the regulator.

In the last two years, the biggest insurers in Africa’s largest economy have approached their shareholders with plans to raise a combined N28.15 billion by way of rights issue, according to data gathered by MoneyCentral.

Here some companies up for grabs

Staco insurance Plc has not released its financial statement on the bourse since 2018, and the company is technically insolvent.

For instance, it has accumulated losses of N182.43 million as at September 2018, which means it has been recording net losses for the most part of its existence; perhaps more worrisome is a negative shareholders’ fund of N182.43 million, a harbinger of technically insolvency.

Staco Insurance is operational inefficient as it is paying out in claims more than it is earning in revenue, which beckons on its owners to look inwards and introduce products that are market friendly.

The combined ratio has broken the scale, exceeding the 1o0 percent threshold. The ratio deteriorated to 119.16 percent in September 2018

Staco Insurance is notorious for breaching regulatory rules as it was suspended in 2018 for failure to file a corporate account as at when due, but it has not even filed one since then.

The going concern status of Guinea Insurance is under jeopardy, and something urgent has to be done by management and board of directors to salvage it from going bust.

It has accumulated losses of N1.97 billion in the period under review.

Niger Insurance Plc earnings have always been swallowed by claims and management expenses that have eroded profitability. It has little time to clean its books before the deadline of recapitalization having accumulated losses of N7.79 billion as at December 2020.

The insurer is one of the oldest in Nigeria, but it is living on past glories as the new generation companies have a better risk management strategy and they are able to deploy resources in acquiring the latest technology that helps in bolstering cost optimization.

International Energy had obtained approval from Nigerian Insurance Commission (NAICOM) to engage the proposed buyer in a bid to meet the recapitalization guide line.

This is undoubtedly a smart move by the owners of the beleaguered company that is at the cusp.

It is not surprising that the owners threw in the towel as they have come to the realization that the company needs fresh capital injection to wipe-out the losses.

The insurer is reeling from recurring losses as it has negative retained earnings of N40.52 billion as of September 2020 in its capital structure.

It is not surprising that the insurer’s total liabilities of N57.80 billion exceeds the total asset of N40.91 billion, which resulted in negative retained earnings of N13.86 billion, according to MoneyCentral calculations.

Despite N6 billion realized from investment income, the company posted a loss after tax of N3.20 billion.