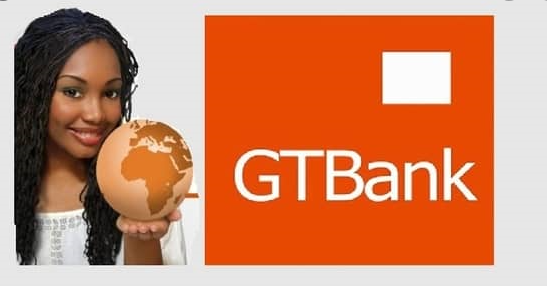 At MoneyCentral we like to watch the charts and the price action behind some of the moves by the largest Nigerian Stocks.
Earlier last month we predicted that a correction was coming for stocks as the superb rally since the March lows was beginning to look extended.
One of the major market leaders for this rally which we have been looking at is Guaranty Trust Bank (GTB), and it is safe to say that where GTB goes the market would surely go the same way. 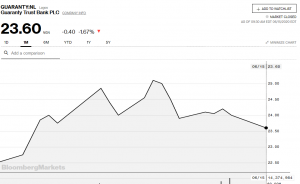 The stock has made repeated attempts on the psychologically important N25 per share mark in the past 2 weeks, but has failed to convincingly hold the level, after closing above N25 just once in the past 2 weeks.
When market leaders (GTB had been up more than 40 percent from the April lows) begin to roll over, it tells us that the overall market will struggle to go higher.
The Nigerian equities market ended trading in the red yesterday, as the NSE-ASI lost 0.91 percent to close at 24,954.32pts.
Market breadth index was negative with 25 losers against 16 gainers.
Next up for GTB is to test the 50-day moving average lower around the N21.50 mark. We expect the stock to hit that level this week.