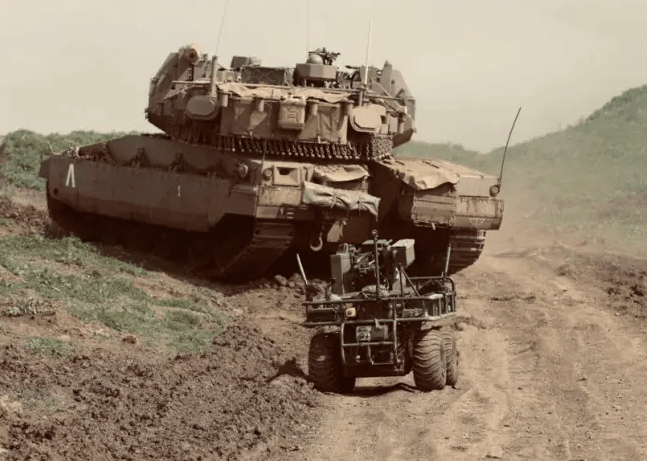 The Israeli Defense Forces (IDF) used artificial intelligence and supercomputing during the last conflict with Hamas in the Gaza Strip.

Having relied heavily on machine learning, the Israeli military is calling Operation Guardian of the Walls the first artificial-intelligence war.

“For the first time, artificial intelligence was a key component and power multiplier in fighting the enemy,” an IDF Intelligence Corps senior officer said. “This is a first-of-its-kind campaign for the IDF. We implemented new methods of operation and used technological developments that were a force multiplier for the entire IDF.”

In 11 days of fighting in the Gaza Strip, the Israeli military carried out intensive strikes against Hamas and Palestinian Islamic Jihad targets. It targeted key infrastructure and personnel belonging to the two groups, the IDF said.

While the military relied on what was already available on the civilian market and adapted it for military purposes – in the years prior to the fighting – the IDF established an advanced AI technological platform that centralized all data on terrorist groups in the Gaza Strip onto one system that enabled the analysis and extraction of the intelligence.

Soldiers in Unit 8200, an Intelligence Corps elite unit, pioneered algorithms and code that led to several new programs called “Alchemist,” “Gospel” and “Depth of Wisdom,” which were developed and used during the fighting.

“Gospel” used AI to generate recommendations for troops in the research division of Military Intelligence, which used them to produce quality targets and then passed them on to the IAF to strike.

“For the first time, a multidisciplinary center was created that produces hundreds of targets relevant to developments in the fighting, allowing the military to continue to fight as long as it needs to with more and more new targets,” the senior officer said.

While the IDF had gathered thousands of targets in the densely populated coastal enclave over the past two years, hundreds were gathered in real time, including missile launchers that were aimed at Tel Aviv and Jerusalem.

The military believes using AI helped shorten the length of the fighting, having been effective and quick in gathering targets using super-cognition.

Israel has destroyed most of the naval commando unit’s infrastructure and weaponry, including several autonomous GPS-guided submarines that can carry 30 kg. of explosives.

IDF Unit 9900’s satellites that have gathered GEOINT over the years. They were able to automatically detect changes in terrain in real time so that during the operation, the military was able to detect launching positions and hit them after firing.

For example, Unit 9900 troops using satellite imagery were able to detect 14 rocket launchers that were located next to a school.

The IDF also killed more than 150 PIJ and Hamas operatives, many of them considered senior commanders or irreplaceable in their roles, especially those who led the research and development of the missile projects.

One strike, against senior Hamas operative Bassem Issa, was carried out with no civilian casualties despite being in a tunnel under a high-rise building surrounded by six schools and a medical clinic. Issa, a brigade commander for Gaza City, was the highest-ranking military figure in Hamas to be killed by Israel since Operation Protective Edge in 2014.

He was killed along with Hamas’s cyber and missile technology chief Jomaa Tahla, head of the development and projects department Jemal Zebda and 13 members of the faction’s weapons manufacturing unit.

Hamas’s underground “Metro” tunnel network was also heavily damaged over the course of several nights of airstrikes. Military sources said they were able to map the network, consisting of hundreds of kilometers under residential areas, to a degree where they knew almost everything about them.

The mapping of Hamas’s underground network was done by a massive intelligence-gathering process that was helped by the technological developments and use of Big Data to fuse all the intelligence.

Once mapped, the IDF was able to have a full picture of the network both above and below ground with details, such as the depth of the tunnels, their thickness and the nature of the routes. With that, the military was able to construct an attack plan that was used during the operation.

While the IDF acknowledges that it has not destroyed the entire network, it says it has struck parts of the network that make it nearly impossible for Hamas to use again. And the ability of the IDF to crack Hamas’s network and completely map it removes one of the central dimensions of Hamas’s combat strategy.

“Years of work, out-of-the-box thinking and the fusion of all the power of the intelligence division together with elements in the field led to the breakthrough solution of the underground,” the senior officer said.

Using the data gathered and analyzed through AI, the IAF was able to use the appropriate munitions to hit a target, whether an apartment, a tunnel or a building.

The IDF also used a system dubbed “Alchemist,” which was developed by Unit 8200 and used AI and machine learning to alert troops in the field to possible attacks by Hamas or PIJ. The dynamic and updating system was used by every unit commander in the field who had the system on a user-friendly tablet.

The military said the attack that killed St.-Sgt. Omer Tabib is being investigated. Troops had been alerted to the possibility of anti-tank fire targeting their jeeps outside the community of Netiv Ha’asara. Tabib was the only soldier killed in the fighting.

The military also relied heavily on intelligence to carry out precision strikes in an attempt to minimize civilian casualties.

The Hamas-run Health Ministry in Gaza said at least 243 Palestinians were killed during the fighting, including 66 children and teens, with 1,910 people wounded.

The IDF said more than 100 operatives belonging to the terrorist groups were killed and that some of the civilian casualties were caused by Hamas rockets falling short or civilian homes collapsing after an airstrike on Hamas’s tunnel network.

In an interview with Channel 12, the head of the United Nations Palestinian refugee agency in Gaza, Matthias Schmale, acknowledged that while the “viciousness and ferocity of the strikes was heavily felt,” he had “the impression that there is a huge sophistication in the way the Israeli military struck.”