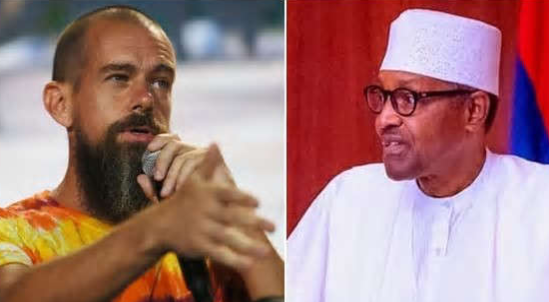 The federal government yesterday kick-started the process of resolving its dispute that led to the suspension of the operations of the microblogging platform, Twitter, in Nigeria, with President Muhammadu Buhari raising a team to negotiate with the United States-based company.

The team, comprising cabinet members, will be led by Minister of Information and Culture, Mr. Lai Mohammed.

The engagement followed a letter from Twitter informing the federal government of its readiness for talks following the suspension of its operations on June 5 for deleting the president’s tweet, warning the Igbo of a potential repeat of the civil war that might result from the escalation in insurgency traced to the Indigenous Peoples of Biafra (IPOB).

Besides, the federal government accused Twitter of being part of a plot to destabilise Nigeria for allegedly funding and promoting last October’s #EndSARS protests, that Buhari considered an agenda to oust him from power, and for condoning Indigenous People of Biafra (IPOB) Leader, Mr. Nnamdi Kanu, tweets inciting attacks on security personnel in the South-east.

Mohammed, who appeared before the House of Representatives Joint Investigative Committee on Twitter Suspension, yesterday told the lawmakers that the federal government suspended the operations of micro-blogging platform, under the National Security Act, Terrorism Prevention Act, Cyber Space Act and Companies and Allied Matters Act (CAMA).

According to him, the right to free expression within the contemplation of Section 39 makes it a qualified right in light of the aforementioned Section 45, which allows restrictions of civil liberties in the public interest.

Relying on Section 45 (1) of the 1999 Constitution, he said: “45 (1) Nothing in Sections 37, 38, 39, 40 and 41 of this Constitution shall invalidate any law that is reasonably justifiable in a democratic society: (a) in the interest of defence, public safety, public order, public morality or public health or; (b), the purpose of protecting the rights and freedom of other person.”

The minister also justified the Twitter ban by relying on Section 3 of the National Security Act.

He stated that the ban of Twitter was pursuant to security reports of the SSS.

Mohammed added: “Furthermore, the right to freedom of expression on the Twitter platform is further qualified by Section 45 of the constitution in light of the provisions of Section 5(1) and (2) of the Terrorism Act of 2011. For clarity, the section reads:

“Any person who knowingly in any manner directly or indirectly solicits or renders support for the commission of an act of terrorism; or to a terrorist group, commits an offence under this Act and is liable on conviction to imprisonment for a term of not less than 20 years.”

He added that Section 14(2)(b) of the Constitution provides that the security and welfare of the people shall be the primary purpose of the government.

Mohammed stated that from the purview of the Companies and Allied Matters Act, 2020, as it regulates the operations of a foreign company in Nigeria, Twitter is not licensed to do business in the country.

According to him, having failed to register as a separate entity in Nigeria, as required by Section 78 (1) of CAMA Act 2020, Twitter cannot do business in the country or exercise any powers of a registered company.

Mohammed said the operations of Twitter in the Nigerian social space was not legally permissible when it was used in airing information that endangered the lives and security of the majority of Nigerians.

He said the principles of the law were clear on the exercise of personal human rights in the face of national security threats affecting the larger citizens.

The minister added that provisions in Articles 24, 25 of the African Union on Cyber Security and Personal Protection, Article 19 (2) and (3) of the International Covenant on Civil and Political Rights as well as Section 1,2, 3 and 4 of the Cyber Crimes Prevention Act provide the requisite legal backing for the federal government to regulate and protect the country’s cyberspace, including social media such as Twitter, Facebook and Instagram as well as applications, internet platforms, and cloud computing platforms.

“Following the above, the Federal Government of Nigeria is further empowered to take all reasonable steps to defend its cyberspace where it perceives or finds that a cybercrime is threatened to be committed, has been committed, or is being committed on and through its cyberspace,” he added.

The minister, however, dismissed claims that the operations of Twitter were suspended because it pulled down Buhari’s tweet.

Asked if the federal government took into consideration Nigerians doing business on Twitter, the minister stated that it is because there is a country called Nigeria that people can do business on any platform.

He said: “When we organised a national council on information in Jos, Plateau State, to address the issue of fake news and disinformation, there we said that the next war would be caused by fake news.

How prophetic we were! In 2018, we started an advocacy programme whereby we went from one media house to the other, seeking their support in weeding out fake news. Some supported us, some did not. When we were convinced that they were not going to listen, we said that we were going to regulate social media. We wrote to the NUJ; we wrote to the Guild of Editors. They snubbed us.”