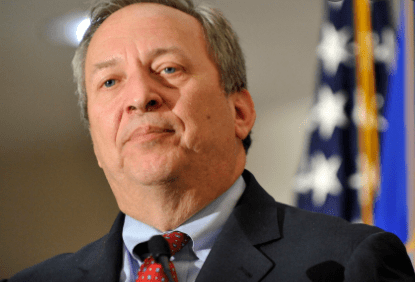 Former Treasury Secretary Larry Summers has warned that monetary policy makers in the U.S. and elsewhere are paying too much attention to social issues and not enough to the biggest risk to inflation since the 1970s.

Speaking to a virtual conference organized by the Institute of International Finance, Summers rebuffed the newly ‘woke’ Fed:

“We have a generation of central bankers who are defining themselves by their wokeness,”Summers, who is now a professor at Harvard University, said on Wednesday.

“They’re defining themselves by how socially concerned they are.”

Summers was former President Bill Clinton’s Treasury Secretary and head of the National Economic Council in the early years of the Obama administration.

Summers fear is simple: Fed talking heads are too focused on social justice that they are taking their eye off the ball that is their mandated job of managing inflation and jobs.

“We’re in more danger than we’ve been during my career of losing control of inflation in the U.S.,” the 66-year-old Summers said.

“We’ve gone even further towards losing it in Britain and I think we’re at some risk in Europe.”

Summers also blamed the Fed and other central banks for not preparing investors for the tough steps policy makers will probably have to take to rein in inflation.

“If those actions come, they’re going to be very shocking and very painful in financial markets,” he said.