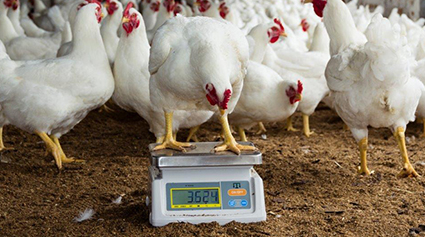 Foreign exchange scarcity that is responsible for high prices of poultry and fish feeds means birds are feeling the pang of the macroeconomic shocks more than humans.

Of course, the foreign currency crisis is killing birds with celerity even more than the malaise, flu.

It is saddening that the tough and unpredictable macroeconomic environment is forcing many poultry to  dispose of their birds as feeds have become inaccessible, a double whammy for a country reeling from spiraling price of food as farmers are unable to go to their farmers due insecurity.

The situation was exacerbated by the lockdown imposed by the government to curb the spread of the virus as prices of soybeans and maize, feed inputs used to feed chickens.

Consequently, analysts have warned that the multi-billion-dollar poultry industry is at the brink of collapse.

It should be noted that prices of feed started skyrocketing when the central bank governor last year added importers of the produce among the 41 items banned from its foreign exchange window.

The country’s inflation figure prints at 15.40 percent for the month of September 2021, which exceeds the 15.21 percent media forecast of economists sampled by MoneyCentral and higher than the central bank’s target range of 6-9 percent.

As poultry farmers are closing shops, the fret is that more Nigerians are going to be in the labour market searching for jobs.

The jobless rate in Nigeria rose to 33.3 percent in the three months through December, according to a report published by the National Bureau of Statistics. That’s up from 27.1% in the second quarter of 2020, the last period for which the agency released labor-force statistics.

Despite the monumental challenges, LiveStock Feeds Plc, subsidiary of UAC Nigeria, is thriving as the company recorded 87.06 percent increase in net income to N420.55 million as at September 2021.

The company’s revenue followed the same growth trajectory as it was up 34.71 percent to N10.72 billion as at September 2021 from N7.98 billion the previous year.

Gross profit increased by 21.19 percent to N1.15 billion in the period under review from N926.39 million the previous year.

Operating profit was up 43.40 percent to N637.68 million in the period under review as against N444.66 million the previous year.

However, the company operates on tight margins due to rising cost of production. For instance, total costs (cost of sales plus distribution/administrative expenses) spiked by 32.41 percent to N10.05 billion as at September 2021.

The company is spending more on input cost to produce each unit of products as total cost of sales ratio is as high as 93.83 percent, according to MoneyCentral calculations.

While the government is gradually succeeding in making the country self-reliant in the production of certain commodities, it is important to note that the country lacks the infrastructure to propel manufacturing needed to feed millions of people.

Relaxing the capital control measures and looking into the 41 banned items will remove pressure on the Naira and help spur the poultry industry to growth.