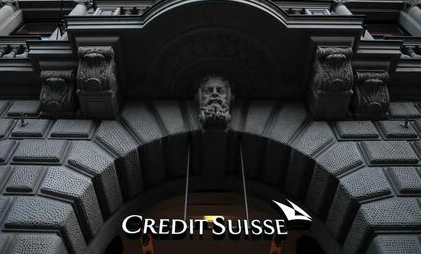 Credit Suisse has had an extremely difficult year already, but on Sunday, dozens of respected newspapers and other media organizations from around the globe dealt Switzerland’s second-largest bank by assets a major blow: releasing reporting on leaked banking records involving 18,000 clients considered “sensitive” for their ties to corrupt government officials, Middle Eastern autocrats or foreign spymasters.

“Suisse Secrets” – as the leak is being called – was coordinated by the Organized Crime and Corruption Reporting Project, the same organization that spearheaded “the Pandora Papers” and the “Pegasus Project”, two earlier major leaks involving topics ranging from official corruption to illicit software-enabled surveillance.  Like “Pandora” and the “Panama Papers” leaks, the records exposed in “Suisse Secrets” are mostly financial data, like bank account information, as well as evidence of internal red flags that were routinely raised – and routinely ignored.

The statistics from the leak are staggering: 18K accounts, $100 billion in aggregate assets, some of the accounts dated back to the 1940s, but even the most recent details date to the mid-2010s, allowing Credit Suisse’s PR team enough plausible deniability to insist that most of the accounts exposed in the leak have already been closed.

Before we break down the findings of the report, it’s worth noting that a CS spokeswoman said the bank “strongly rejects” the reports’ characterization of the bank’s “business practices.”

Candice Sun, a spokeswoman for the bank, said in a statement that “Credit Suisse strongly rejects the allegations and inferences about the bank’s purported business practices.” She said many of the accounts in the leak date back decades to “a time where laws, practices and expectations of financial institutions were very different from where they are now.”

Ms. Sun said that while Credit Suisse can’t comment on specific clients, many of the accounts identified in the leaked database have already been closed. “Of the remaining active accounts, we are comfortable that appropriate due diligence, reviews and other control related steps were taken, including pending account closures,” she said.

Ms. Sun added that the leak appears to be part of “a concerted effort to discredit the bank and the Swiss financial marketplace, which has undergone significant changes over the last several years.”

Switzerland’s banking secrecy laws have long made it a haven for stashing ill-gotten gains. Back in 2014, however, US authorities started cracking down on American customers of Swiss banks, and eventually, CS struck a settlement where it paid billions in restitution. But the DoJ and Senate Finance Committee are investigating whether Americans continue to hold unregistered assets at the bank. Meanwhile, it recently went on trial for helping a Bulgarian wrestling star/cocaine trafficker launder millions.

Without further ado, the following are some of the individuals named in the leak:

Readers looking for a more complete breakdown can find one on the OCCRP’s site here.