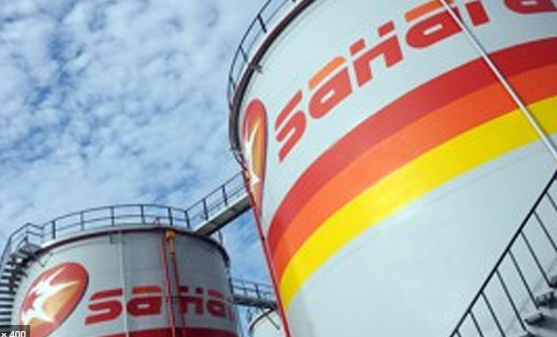 WAGL Energy Limited, the JV company between NNPC and Oceanbed (a Sahara Group Company) is driving NNPC’s five-year $1 billion investment plan announced in 2021to accelerate the decade of Gas and Energy transition agenda over the period.

NNPC’s GMD, Melo Kyari disclosed to the delight of guests that an order of three additional new vessels was being finalised, adding, “we have a target of delivering 10 vessels over the next 10 years. The NNPC and our partners stand out with integrity in our energy transition quest and our commitment environmental sustainability is unwavering.”

MT BARUMK and MT SAPET are WAGL and Sahara Group’s injection into the JV. WAGL is shoring up its gas fleet and terminal infrastructure, while Sahara Group continues to make remarkable progress in the construction of over 120,000 metric tonnes of storage facilities in 11 African countries, including Nigeria, Senegal, Ghana, Cote d’Ivoire, Tanzania, and Zambia, among others.

Kyari said the vessels were critical to driving the Federal Government’s commitment to the domestication of gas in Nigeria through several initiatives and increasing seamless supply in compliance with the mandate of President Muhammad Buhari.

The initiatives –  the LPG Penetration Framework and LPG Expansion Plan are geared towards encouraging the use of gas in households, power Generation, auto-gas and industrial applications in order to attain 5 Million Metric tonnes of LPG consumption by 2025.

“This is another epoch-making achievement for the NNPC and Sahara Group, and we remain firmly committed to delivering more formidable gas projects for the benefit of Nigeria and the entire sub-region,” Kyari said.

His Excellency, Ali Magashi, Nigeria’s Ambassador to South Korea who represented the Federal Government, noted that President Muhammad Buhari deserved commendation for the Petroleum Industry Act (PIA) which he said would reposition the NNPC to explore more projects with partners like Sahara Group.

“BARUMK” was derived from the combination of the name and initials of the late NNPC GMD, Dr. Maikanti K. Baru, in fond memory of his immense support towards the Gas development in Nigeria. “SAPET” is named after the Sahara – Petroci (the Ivorian National Oil Company) JV LPG Company (SAPET Energy SA.), currently constructing phase one of a 12,000MT LPG storage facility in Abidjan, with expansion plans to achieve 30,000MT in phase two. The JV emerged from WAGL’s trading relationship with PETROCI, dating back to 2014.

In Cote D’Ivoire, Sahara Group has invested over $405 million since 2014 into facilitating the supply of LPG to give over 26 million Ivorians access to safe and reliable access to the product.

LPG is the fastest growing petroleum product in sub-Sahara African over the last decade, with forecasts indicating that LPG will grow at 7% Compound Annual Growth Rate (CAGR) over the next 15 years.