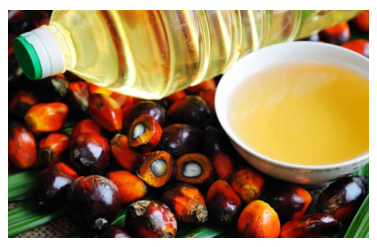 Okomu Oil has reported a 63 percent increase in revenues in the first quarter (Q1) of 2022 as Palm oil prices continue to rise on tight global supplies.

The spot palm oil contract on the Bursa Malaysia Derivatives Exchange was trading around 7,385 ringgit ($1,689) a ton on Friday, up 14.2 percent from an all-time high of 6,466 ringgit some two months ago on February 23.

Palm oil is of strategic importance as it is used in the production of more than half of the products sold in supermarkets globally.

Nigeria remains the top palm oil producer in Africa based on the data by USDA.

However, despite Nigeria being the largest producer of palm oil in Africa, Cote D’ivoire remains the largest exporter of the commodity, with Nigeria settled at the sixth position on the list of palm oil exporting countries in Africa.

Okomu’s domestic sales for the period were equivalent to N18.875 billion and exports sales were N1.610 billion.

The Okomu Oil Palm Company PLC, was incorporated in December, 1979 as a Private Limited Liability Company.

It was converted to a Public Limited Liability Company (PLC) on September 19, 1997 under the Companies and Allied Matters Act, 1990. It is a member of Socfinal group of Luxemburg which owns 62.94% of the Company’s shares with Nigerians owning the balance of 37.06%.