Osinbajo at WEF: Nigeria Has Produced 6 Unicorns in 6 Years 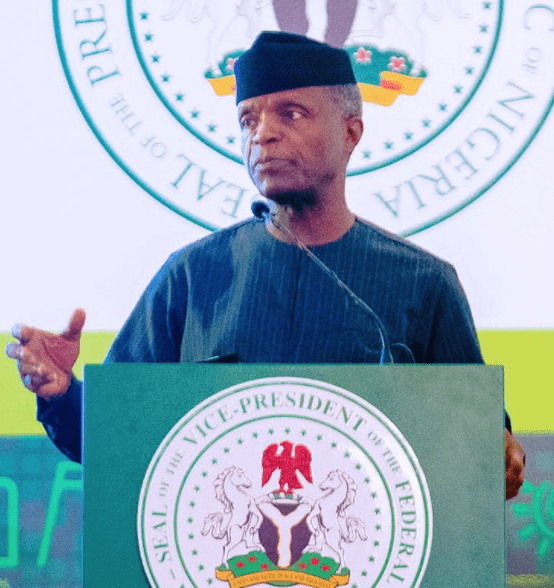 There are giant strides recorded across Africa but there are still challenges to overcome for which reasons, “we need partnerships that help to tackle climate change, address security concerns, promote economic prosperity, combat disease and improve governance”, according to Vice President Yemi Osinbajo, SAN.

Prof. Osinbajo stated this in a Special Address delivered at the virtual edition of the 2022 World Economic Forum featuring leaders from across the world. The Vice President was chosen to deliver one of the 12 Special Addresses at this year’s event. In all, about 25 Heads of State and Government featured generally at the virtual forum since Monday.

The 2022 virtual edition of the forum features a mix of visionary “state of the world” special addresses and ambitious high-level leadership panels focusing on critical collective challenges, among others.

The VP listed some of the progress on the African continent, including the recovery from the global pandemic, economic growth by 3.7% last year and a projected 3.8% growth in 2022. He also noted that there is now in place an African Continental Free Trade Area agreement to fast-track economic transformation just as the continent is making giant strides in agriculture, manufacturing and digital technology. He added that in Nigeria for instance, 6 unicorns have emerged in the past six years.

Prof. Osinbajo who spoke on a wide range of issues noted that it was time for the international community to “walk the talk” by meeting its commitments towards advancing growth in developing economies, especially climate change obligations.

On the issue of peace and security, the Vice President said “African countries face a serious threat of terrorism arising from the encroachment of global terror groups and their franchises into Africa.

“It is imperative for the international community to make more robust interventions to clear terrorists from Africa just as it did in the Middle East and other parts of the world. The United Nations Security Council must find unanimity in working with and assisting African countries to eradicate the menace of terrorism in the continent once and for all.”

On the climate change challenge, Prof. Osinbajo noted that “it is now common knowledge that Africa contributes least to climate change but has been most negatively affected by it. We must not allow this worrying situation to be compounded further by global inaction, processes and rules that make it difficult for Africa to adapt to climate change or indeed to develop.”

He then urged “the international community to meet its pledge recently re-affirmed at COP-26 of providing $100 billion annually in climate finance to support climate change efforts in developing countries.”

Continuing, the VP explained that “although we in Africa are working towards the globally accepted net-zero future, we are also conscious that our energy needs are increasing with the growth in our economies.

“We need to ramp up energy access in response to this situation which is why the transition from fossil fuels to renewable energies must be just and fair.”

“We are emphatic in our view that natural gas which Africa has in abundance must be accepted as a transition fuel. Moves in the international community especially by development finance institutions to defund gas projects will have severe implications in the medium to long-term for African economies and will slow down the process of phasing out more polluting fuels such as coal, diesel, and heavy fuel oil (HFO),” he added.

In addition to climate finance, the Vice President called for partnership to tackle poverty, access vaccinations and achieve debt sustainability.

“Economic recovery in Africa is contingent on the containment of the pandemic including through wide-spread vaccinations. Right now, less than 10% of African countries have vaccinated 40% of their population.

“The reality is that due to resource constraints, there will be a relatively slow rollout of vaccinations in Africa and that full national rollouts may take several years.

“The international community must accordingly support Africa with the resources including vaccine doses that will assist in making vaccinations available to all,” Prof. Osinbajo emphasized.

Another point made by the VP in his special address is the call on the international community to support African countries to overcome fiscal challenges arising from their limited revenues.

According to Prof. Osinbajo, “the creation of $650 billion in new Special Drawing Rights last year was a step in the right direction, but more needs to be done to enable African and other developing countries access the SDRs that are not needed or being used by developed or emerging economies.”

The Vice President also urged multilateral organizations to consider the huge obligations placed on African countries and adopt debt relief initiatives such as the Debt Service Suspension Initiative and the Common Framework for Debt Treatments in a manner that will not further constrain the resumption of growth to the continent.

With regard to governance, Prof. Osinbajo called on the international community to support the efforts of West African leaders under the auspices of ECOWAS particularly, their condemnation of the incidences of coup d’etats and unconstitutional changes in government.