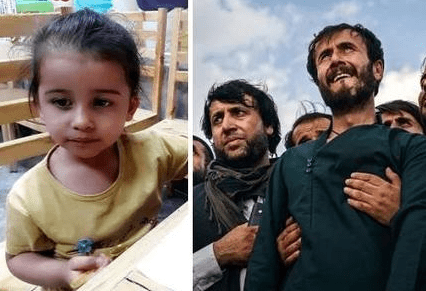 Less than one week after the New York Times presented comprehensive evidence that the Biden administration murdered an entire family of civilians in an August 29 drone strike in Kabul, the Pentagon is apologizing.

“It was a mistake, and I offer my sincere apology,” said Centcom commander Gen. Kenneth McKenzie, who said they failed to hit a suspected Islamic State militant and instead droned the family of a US NGO aid worker, Zemari Ahmadi, killing seven children and three adults.

“This strike was taken in the earnest belief that it would prevent an imminent threat to our forces in the evacuees at the airport, but it was a mistake. And I offer my sincere apology. As the combatant commander. I am fully responsible for the strike in this tragic outcome.”

The Times revealed that “Military officials said they did not know the identity of the car’s driver when the drone fired, but deemed him suspicious because of how they interpreted his activities that day, saying that he possibly visited an ISIS safe house and, at one point, loaded what they thought could be explosives into the car.”

“The guy the Biden administration droned, was he an aid worker or an ISIS-K operative?” asked Paul.

“The administration is reviewing that strike, and I’m sure that a full assessment will be forthcoming,” Blinken replied. “I don’t know because we’re reviewing it.”

“You’d think you’d kinda know before you off somebody with a predator drone whether he’s an aid worker or he’s in ISIS,” Paul shot back.