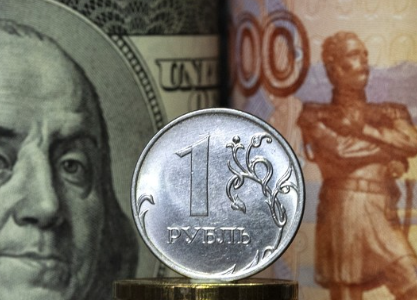 The central bank of Russia has cut key its rate from the current level of 9.5% to 8%. The cuts are deeper than market expectations.

The Russian rouble fell to 58 against the dollar on Friday ahead of the central bank’s rate-setting meeting where it was expected to deliver the fourth cut so far this year.

The rouble has become the world’s best-performing currency so far this year, boosted by measures – including restrictions on Russian households withdrawing foreign currency savings – taken to shield Russia’s financial system from Western sanctions imposed after Moscow sent troops into Ukraine on Feb. 24.

The rouble’s strength has concerned officials as it dents Russia’s income from exports of commodities and other goods priced in dollars and euros.

To ease upside pressure on the currency, Russia relaxed some capital controls this week, allowing banks from designated “unfriendly countries” to trade between foreign currencies on the Russian forex markets.

The central bank, which supports the idea of a free-floating rouble, can further ease upside pressure on the currency in the long run by its rate cut Friday and thus trimming yields of rouble-denominated bonds.

The majority of analysts polled by Reuters in mid-July had expected the central bank to cut the key interest rate RUCBIR=ECI by 50 basis points but the latest data on inflation and inflationary expectations raised chances for a sharper cut.

The rate decision and the bank’s message to the market may not have an immediate impact on the rouble but can move prices on the bond market, especially given the finance ministry’s plans to return to borrowing via OFZ bonds in September after halting weekly bond auctions in February.