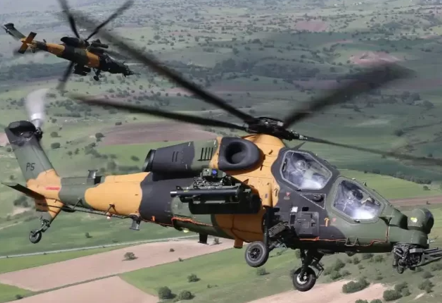 This is according to a statement by the Turkish Aerospace Industries General Manager Prof. Dr. Temel Kotil during the recent Farnborough Airshow.

This new export success is the culmination of almost half a decade long cooperation between Nigeria and Turkey.

A Defense Industry Cooperation between Nigeria and Turkey started in October 2021, during President Recep Tayyip Erdoğan’s visit to Nigeria.

An earlier bilateral relations between the two countries took place on Monday 30 August 2021, when the Turkish Ambassador to Nigeria, Ambassador Hidaye Bayraktar paid a courtesy call on the Chief of Army Staff, Lt Gen Faruk Yahaya, at the Army Headquarters, Abuja.

In a statement made by İsmail Demir, President of the Defense Industries at the time, he explained that, during his visit to Nigeria, both countries signed a Defense Industry Cooperation Agreement, and that “Under the determined leadership of our President, Mr. Recep Tayyip Erdoğan, we plan to implement these agreements in a short time.”

Subsequently, in January several leading Turkish defence companies pitched their hardware to the Nigerian military leadership in a bid to make some sales.

Amongst the companies; TUSAŞ, OTOKAR, Roketsan, BMC, Tais Shipyard, Katmerciler, ASELSAN, TAI and 10 others were in Abuja to attend the 5th Turkey-Nigeria Defence Industry Consultation Meeting.

At the time, Nigeria indicated interest in purchasing at least a squadron of lethal attack helicopters to assist in its counter-terrorism campaign and to complement the Russian Mil Mi-24/35 Hind and Agusta A109 Powers light attack helicopters currently in service.

Airbus, TAI, and HAL competed for Nigeria’s attack helicopter contract. Which has now been clinched by TAI.

The 5-ton T-129 is a twin-engine multirole attack helicopter originally produced under license from the Italian-British company AgustaWestland and based on the A129 Mangusta. AgustaWestland is now Leonardo Helicopters.