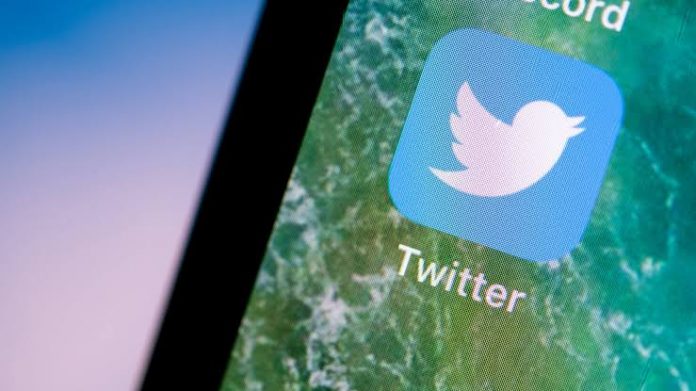 Twitter argued that a free and open internet is “an essential human right in modern society,” which many found to be comically hypocritical since the big tech platform is often accused of censoring conservative voices.

The situation stemmed from an ongoing dispute between Twitter and the Nigerian government. Twitter deleted a stern and threatening tweet posted by Nigerian President Muhammadu Buhari, which condemned attacks on public infrastructure in the country’s southeast region, including arson attacks on government offices and police stations.

“Many of those misbehaving today are too young to be aware of the destruction and loss of lives that occurred during the Nigerian Civil War,” Buhari wrote on Tuesday. “Those of us in the fields for 30 months, who went through the war, will treat them in the language they understand.”

Buhari referenced the “brutal two-year Nigeria-Biafra war, which killed an estimated one to three million people, mostly from the Igbo tribe in the eastern part of the country between 1967-1970.

In retaliation, the Nigerian government banned Twitter from the African nation.

“The Federal Government has suspended, indefinitely, the operations of the microblogging and social networking service, Twitter, in Nigeria,” the country’s Federal Ministry of Information and Culture tweeted Friday night.

Twitter’s Public Policy division responded on Saturday morning by saying, “We are deeply concerned by the blocking of Twitter in Nigeria. Access to the free and #OpenInternet is an essential human right in modern society. We will work to restore access for all those in Nigeria who rely on Twitter to communicate and connect with the world. #KeepitOn.”

Twitter’s declaration that access to its platform is a “human right” ignited a firestorm of criticism and mockery of the social media network since it has a reputation for silencing conservative voices, including former President Donald Trump.

Former Trump advisor Jenna Ellis: “Are you also deeply concerned about the blocking of Twitter users in America? Asking for a friend.”

Republican Rep. Marjorie Taylor Greene: “We are deeply concerned by the blocking of @realdonaldtrump by Twitter. Access to the free and #OpenInternet is an essential human right in modern society. Unblock President Trump and stop with the hypocritical virtue signaling.”

Former acting Director of National Intelligence Richard Grenell: “For years we’ve pointed out your failure to let the Iranian people on twitter. Why ignore Iran but take a stand on Nigeria?”

Florida congressional candidate Lavern Spicer: “I am deeply concerned by the suspending of President Donald Trump on Twitter. Access to the free and #OpenInternet is an essential human right in modern society, even if you disagree with their politics.”

BlazeTV host Steve Deace: “This shamelessly comes from an entity that believes in non-disclosed and unaccountable systems to deny people access to its own platform. Self-awareness is dead.”

“The News and Why It Matters” host Sara Gonzales: “The company blocking a former president’s content from their site believe ‘access to the internet’ is an ‘essential human right.’ You couldn’t make it up if you tried.”

Author Jack Posobiec: “I can’t wait to remind Twitter that their public policy position is platform access is a human right and those blocked from use must have their access restored Again and again and again.”

Outkick founder Clay Travis: “Didn’t Nigeria just do the exact same thing to you that you did to President Trump?”

Journalist Sharyl Attkisson: “I guess now you know what it feels like.”

Actor James Woods: “If irony were a food, Twitter could cure hunger overnight.”

Director Robby Starbuck: “Oh Twitter believes access to a free and open internet is an essential right? I know a guy named Donald J. Trump and 75+ million Americans who may want to dispute your commitment to that.”

Actor Nick Searcy: “You hypocrites censor people who disagree with you. Shut up.”

One Twitter user joked: “Just build your own Nigeria then.”