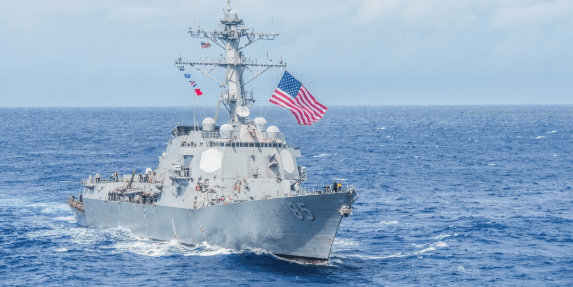 The U.S. seized four tankers transporting 1.116 million barrels of Iranian petroleum, bound for Venezuela after help from “foreign partners,” the Justice Department (DOJ) said in a statement on Friday.

“These actions represent the government’s largest-ever seizure of fuel shipments from Iran,” according to the DOJ statement.

Iran has been exporting gasoline to fuel-starved Venezuela in defiance of U.S. sanctions.

A seizure order was granted for the ships carrying the fuel, M/T Bella, M/T Bering, M/T Pandi and M/T Luna. The Wall Street Journal reported that the ships are being directed toward Houston in the coming days.

Secretary of State Michael Pompeo tweeted that the proceeds of the confiscated cargoes could go to help U.S. victims of state-sponsored terrorism if they’re forfeited by the courts.