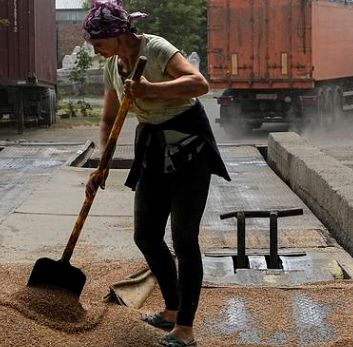 It also said that such a document should be signed by representatives of Turkey, the United Nations, and Russia.

Under the agreements, control over the ports of Odessa, Chernomorsk, and Yuzhny, from which grain exports will be organized, will be exercised by the Ukrainian side. Apart from that, no ships other than those to be used to export grain and related food products and fertilizers will be allowed to stay at these ports.

It was reported earlier that the ceremony of signing a grain agreement will take place on Friday in Istanbul. According to the Russian defense ministry, the agreement is to be signed from Russia by Defense Minister Sergey Shoigu.

Talks between Russian, Turkish, Ukrainian and UN delegations on settling the grain export problem were held in Istanbul last week.

The Russian side drafted a package of proposals. Later, it was reported that an agreement on the establishment of a coordination center in Istanbul was signed. Apart from that, the sides agreed an algorithm of grain export that was supposed to be formalized in a concrete document.