US Enters Technical Recession After 0.9% Contraction in Second-Quarter Growth 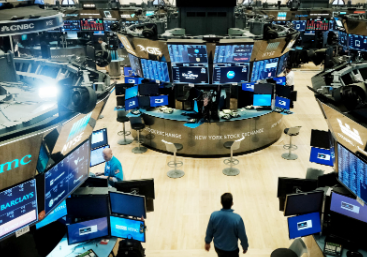 The US economy fell into a technical recession in the second quarter, with data published by the commerce department on Thursday showing a contraction in the second three months of the year.

Gross domestic product fell by 0.9 per cent on an annualised basis in the second quarter, or a 0.2 per cent fall from the previous quarter.

That comes in the wake of first-quarter gross domestic product data showing the US economy shrank by 1.6 per cent.

Despite the contraction, personal consumption, which offers insight into the health of the US consumer, grew by 1 per cent, a slowdown compared with 1.8 per cent in the first quarter, but still evidence of strength.

A technical recession is defined as two consecutive quarters of GDP contraction.

However, the US does not use this definition and instead relies on a determination by a group of researchers at the National Bureau of Economic Research, based on a broader range of factors.

Nevertheless, two quarters of negative growth in a row could spook markets. Stock market futures were lower and the two-year Treasury yield, which moves with interest rate expectations, plunged.

The figures come the day after the Federal Reserve raised interest rates by 0.75 percentage points as part of an aggressive campaign to rein in inflation.

The hefty rate increases implemented by the central bank in recent months have begun to slow the economy, and market participants are watching closely to see if this rapid tightening will tip the US into recession.

The data are unlikely to change the Fed’s calculus for now, economists say. In his press conference after Wednesday’s policy meeting, chair Jay Powell said he did not believe the US was in a recession and pointed to strength in the economy, including in the labour market.