US Intervened With Patriot Missiles During Houthi Attack On UAE 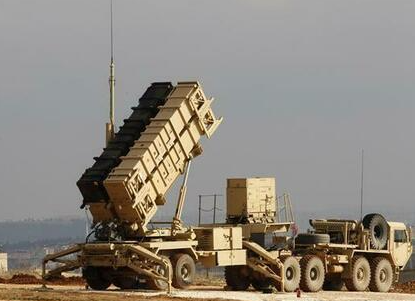 US Air Force spokesman Lt. Col. Philip Ventura reported on Monday that US planes intervened during a missile alert in the United Arab Emirates (UAE), and helped them repel two ballistic missiles.

The New York Times confirmed the rare intervention with US Patriots: “The U.S. Air Force said that it had intervened on Monday to repel an attack on the United Arab Emirates amid an escalation of tensions between the Gulf nation and the Iran-backed Houthi rebels in Yemen.”

The Houthis said they had targeted Al Dhafra Air Base in Abu Dhabi, which hosts the U.S. Air Force’s 380th Air Expeditionary Wing.

American forces were on a heightened state of alert and spent about an hour in security bunkers after the missile alert sounded, said Lt. Col. Phillip Ventura, a spokesman for the U.S. Air Forces in the Middle East.

The missiles were fired by Yemen’s Houthis, and this was the second attack on UAE soil in the past week. The first attack hit Abu Dhabi, damaging the oil storage facility. That was the first such strike on UAE, causing a panic.

These new missiles were also intercepted over Abu Dhabi. It isn’t clear what was targeted but the oil seems a good bet for doing inordinate economic damage. A Houthi statement acknowledged the intent to disrupt the economy and external investment:

Mr. Sarea warned foreign companies and investors in the Emirates to leave “since it has become an unsafe country that will be targeted regularly as long as it continues its aggression and siege of the Yemeni people.”

The Houthi spokesman urged investors to leave the UAE “since it has become an unsafe country.” He added that the UAE would remain targeted so long as the war continues.